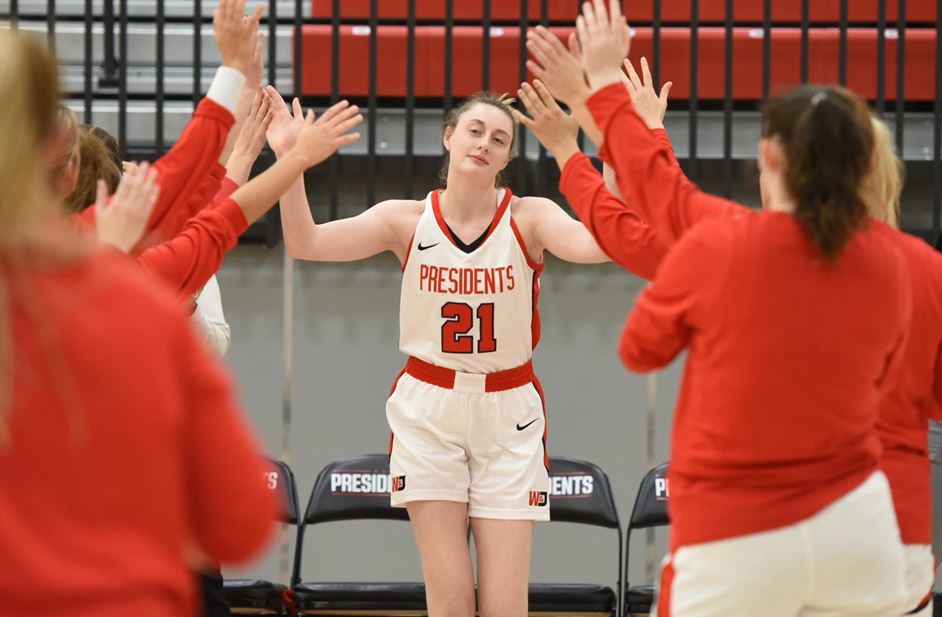 Morningstar was one of five players selected for District IV Team, which is comprised of NCAA Division III schools in the state of Pennsylvania. Joining Morningstar on the Academic All-District IV Team is Veronica Christ (Elizabethtown), Averi Jordan (DeSales), Bridget Monaghan (Scranton) and Leah Springer (Messiah).

She is a Business Administration major at W&J. The senior leads the Presidents in scoring (11.0 points per game), free throws made (87) and minutes played (27.3) per game. She has converted 40.5 percent from the field. Her 56 assists rank second on the squad while her 17 blocks rank fourth.

Morningstar is a four-time member of the Dean’s List and received a spot on the 2020 PAC Spring Academic Honor Roll.

W&J is currently 19-4 overall and 16-1 in PAC play. The Presidents have secured the top seed in next week’s PAC Tournament. This marks the first time that W&J has finished in first place in the PAC regular season since the 2005-06 season.

To be eligible for the award, voted on by Sports Information Directors, student-athletes must maintain a cumulative 3.30 GPA or higher and must have reached sophomore athletic and academic standing at their institution. Nominees must have participated in at least 50 percent of the team’s games and be a starter or important reserve with legitimate athletic and academic credentials.

Randy Gore recently caught up with Piper Morningstar for an interview during her senior season. Watch below: