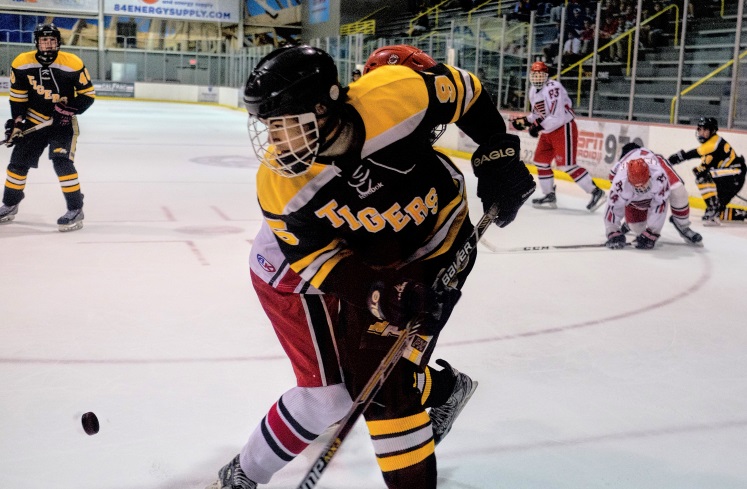 The Tigers set the tone for the night in the first period, taking advantage of a tripping penalty by Prep’s Patrick Kelly at the 4:05 mark of the period. Will Parreauguire cashed in on the man advantage with a goal, assisted by Steven Dietz and Tyler Wilson, to give the Tigers a 1-0 lead. Dietz added an unassisted goal at the 11:16 mark of the period for a 2-0 lead.

In the second period, North Allegheny continued its power surge with power play goals by John Parks and Erik Chidester for a 4-0 lead. Cathedral Prep scored its only goal courtesy of Chase Paglia with 4:57 remaining in the period to cut the score to 4-1, Tigers. The momentum for Prep was short-lived as NA responded just 35 seconds later on a Cameron Zahn marker to close out the scoring in a 5-1 victory.

North Allegheny improves to 4-1-1 on the season to remain near the top of the Class AAA standings. Cathedral Prep drops to 1-5-2 on the year. The Tigers will try to continue their winning ways on Monday night with a home contest against Butler. Faceoff is set for 7:00 p.m.