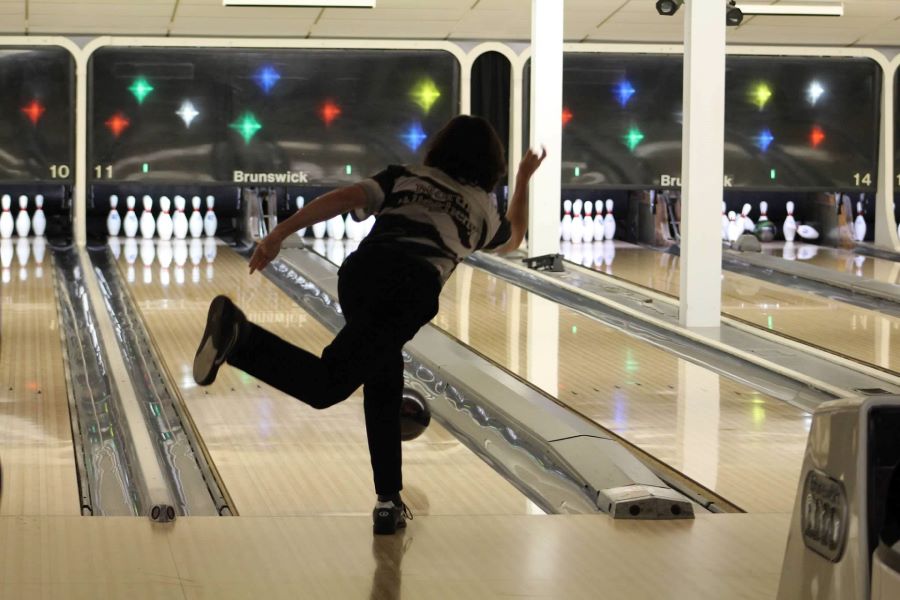 Seneca Valley swooped into McCandless last night as the Raiders attempted to mount an offensive against the 0-1 Tigers.  Both teams lost their opening round matches on Wednesday and were eager to put a W into their respective win column.

The lane conditions proved treacherous as all five Tigers threw splits at the beginning of each of their games.  Seneca Valley captured an early lead.  Eventually, by the 5th frame, the Tigers regained some ground and attempted a coup of their own, but Seneca was able to stave off the advancing Tigers and capture the first game 857-797.

Finishing Game 1 with the momentum was all the Tigers needed to take control of Game 2.  Leading the assault was junior Cole Scott with a hambone of 4 strikes beginning in frame 2.  Teaming up with Scott was senor Josh Morton and his 5-bagger beginning in the 3rd frame.  Junior Nate Redondo threw a pair of doubles to contribute to the onslaught.  However, it was senior Will Graham’s 6-pack that stopped the advancing Raiders in their tracks.  Graham finished with the highest game of the day, 228.  Sitting atop the leaderboard with him was Morton’s 222 and Scott’s 210.  Notably, Scott’s conversion of the 6-7-10 split provided a spark for his teammates and a roar from the crowd at Perry Park Lanes.   The Tigers won Game 2 (994-840) and took control of the total pin count.

Game 3 went to the Tigers as the team methodically worked together to rack up a team score of 932.  The dynamic duo of Morton and junior Connor Peoples each throwing a 225 was the leadership that the Tigers needed.  Morton threw 9 out of a possible 12 strikes, highlighted by 2 turkeys.  Peoples threw 8 strikes of his own., starting the game with a hambone.  Multiple times throughout the match Redondo was plagued by the dreaded 5-7 split.  His calm demeanor and never-say-die attitude, allowed him to convert the split in his final attempt of the day, reigniting the crowd of fans.  The Tigers won the third games by +136 pins.

For the girls, the Lady Tigers bowled their second match of the season unopposed; Seneca Valley was unable to field a girls team for a second consecutive year.  Without an opponent, the Tigers were awarded a 7-0 victory.

Leading the Lady TIgers were veteran senior Katrina Price (405) and newcomer senior Natalie Ceccarelli (372).  Ceccarelli’s 149 was the high game of the day.  There are many new faces on this year’s squad with the team focusing on fundamentals and bowling technique.

Two matches into the season, the Tigers are showing their mettle and their willingness to grind out a victory.  NA travels to Deer Lakes Bowl on Thursday to take on the Kiski Area Cavaliers.