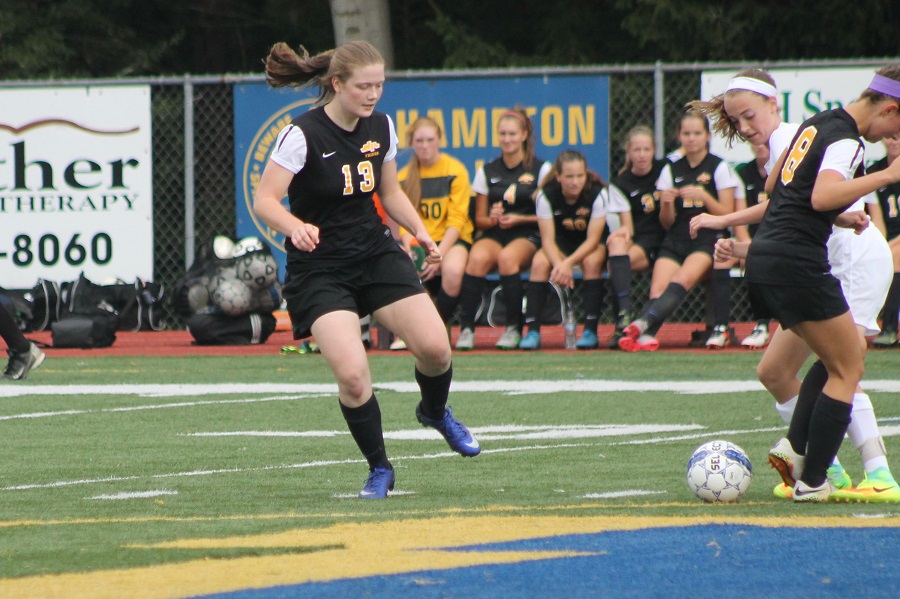 Most of the first half was played evenly between the two teams until the Tigers generated a great scoring chance in the 38th minute. Freshman Ava Ruppersberger worked in toward the Pine-Richland net but the Rams keeper was able to make a huge save to keep the game scoreless. Just two minutes later, Alexa Burnham scored the game’s first goal to give Pine-Richland a 1-0 lead.

In the second half, the Rams took control of the game thanks to three straight goals by Kalin to take a 4-0 lead. North Allegheny generated few scoring chances despite controlling possession for a large portion of the second half. That pressure eventually paid off in the 69th minute as Alex Adams sent a pass to Morgan McConnell who finished the play off for a goal to cut the score to 4-1, Rams. The Tigers late flurry was not enough to prevent the Rams from remaining undefeated in section play.

North Allegheny dips to 3-3 overall and 1-2 in Section 1-AAAA. Pine-Richland improves to 4-2-1 and 3-0 atop the section standings.