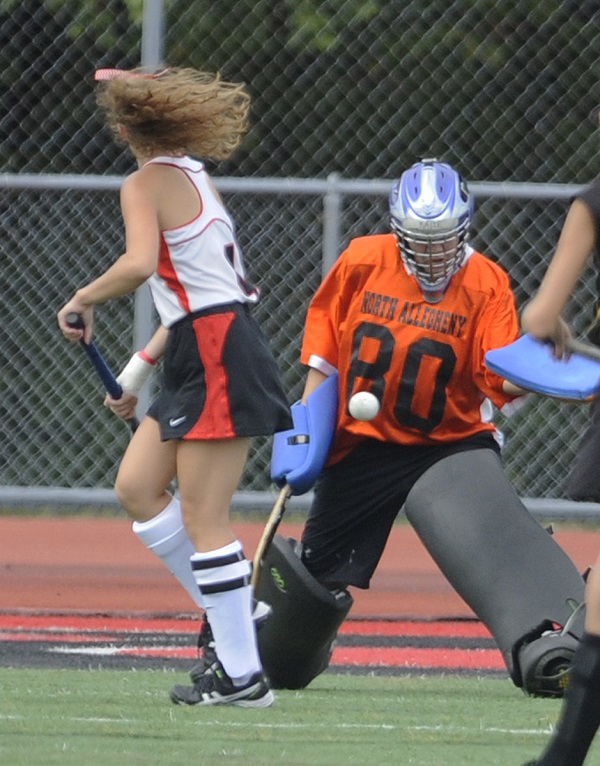 The defending WPIAL Champion North Allegheny Field Hockey Team opened their season on Thursday against a Fox Chapel team returning eight starters from their playoff team last year. Conversely, the Tigers graduated the same number of starters and the inexperience of the remaining squad showed early in the game as Fox Chapel pressed the attack and capitalized on a penalty corner. Nicole Susi tipped in the shot from Grace Knepshield for a 1-0 lead five minutes into the game. Fox Chapel consistently pressured the NA defense and scored again at the 16:28 mark when Susi tipped in her second of the game. Outstanding play from junior goalkeeper Katie Shideler kept Fox Chapel from extending their lead and the half ended with the score 2-0, with Fox Chapel outshooting the Tigers, 16-1. The Tigers earned two penalty corners in the half while the Foxes would earn four.

In the second half, strong play in the midfield by senior Maddie Birmingham helped the Tigers generate more offense and for long stretches the team was able to neutralize the potent Fox Chapel attack. Knepshield converted on another penalty corner at the 16:57 mark with a flashy reverse chip. The final opposing goal of the match came at the 20:51 mark on a fast break by Molly Mendelson. Tally for second half shots was Fox Chapel 14 to North Allegheny’s 3, with second half penalty corners favoring the Foxes 7-3. Final score: Fox Chapel 4 – North Allegheny 0.

The Tigers face another difficult test on Saturday at 5:00 (JV at 3:30) when they play Hudson (OH) at Newman Stadium.