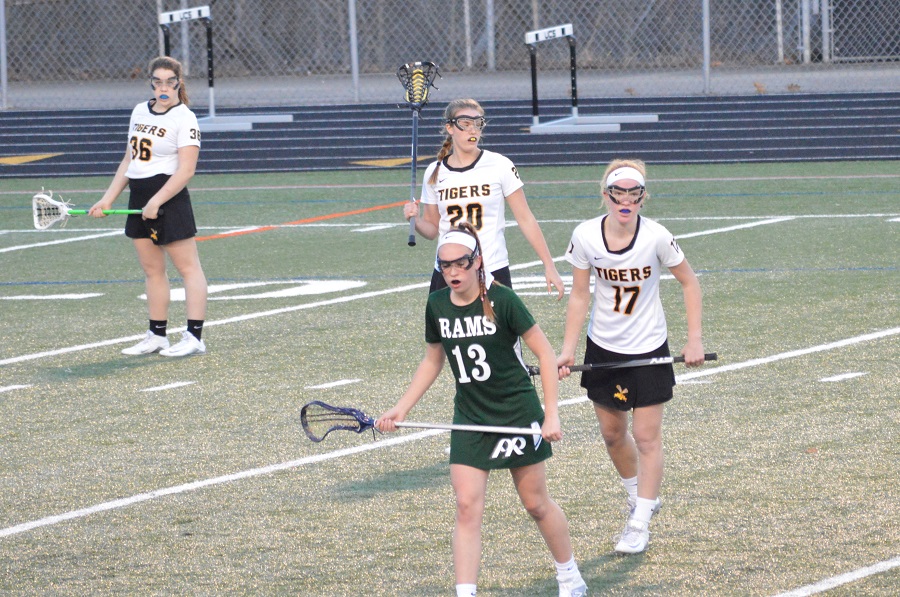 The North Allegheny girls’ lacrosse team hung tough with the Pine-Richland Rams on Wednesday night but ultimately fell to the reigning WPIAL Class AAA champions by a 14-9 decision. Senior All-American and Penn State recruit Marina Miller proved to be too much for the Tigers and led the Rams with a seven-goal performance in the Section 3-AAA matchup.

The Tigers trailed 10-4 at halftime before mounting a rally in the second half. North Allegheny pulled to within three goals of the Rams at 12-9 with a little over 10 minutes remaining until PR put the game out of reach late. The Tigers were sparked by juniors Ryley McClellan, Brooke Ferringer and Val Davis who all scored two goals each. Also tickling the back of the net for NA were junior Paige Jones and freshmen Katie Oates and Skye DePrado. Oates added six ground balls and six draw controls.

Junior goalie Becca Wickett played well in net and made nine saves amongst a barrage of shots from the Pine-Richland attack.

Following the loss, North Allegheny slips to 1-1 overall and in section play. Pine-Richland improves to 1-0. The Tigers return home for a non-section contest against Franklin Regional on Tuesday at 7:30 p.m.