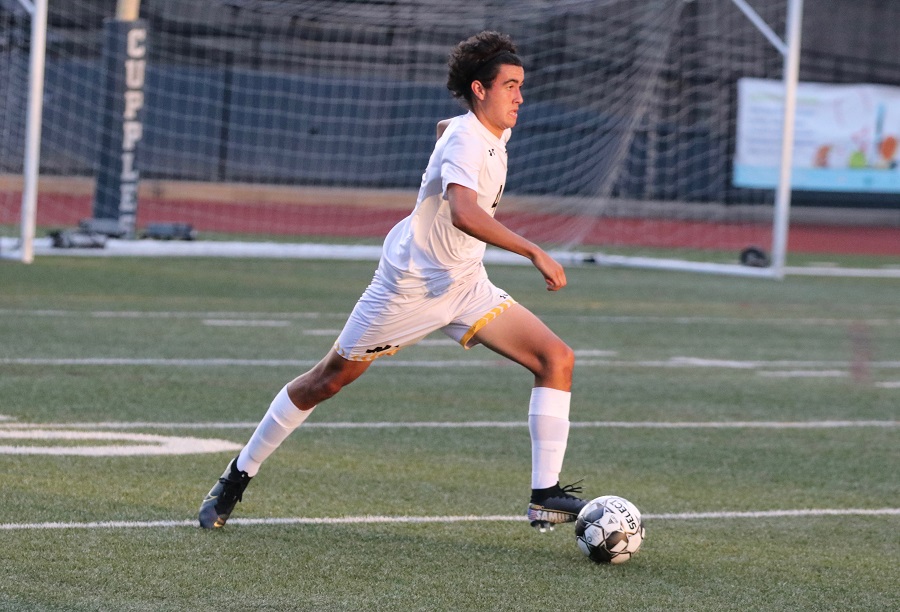 It was a defensive battle Thursday night at Pine-Richland as neither offense was able to get much going in regulation. Jason Roman’s goal with 1:55 left in the second overtime, however, gave the Tigers a 1-0 victory in their section finale.

The first half was a feeling out period for both sides as both defenses held strong throughout. Both teams had two shots on goal with them amounting to nothing and at the half, the score was 0-0. The second half saw a bit more offense, especially from Pine-Richland as they threatened late with two very good scoring chances but NA keeper Jonathan Partridge was up to the task stopping both chances and keeping the score 0-0 at the end of regulation.

The pace picked up in the overtime period with North Allegheny getting the bulk of the possession and chances and then finally, with 1:55 remaining in the second overtime, Roman got a pass from Luke Anderson and was able to put it in the back of the net giving the Tigers a 1-0 victory.

Roman was the Wright Automotive Player of the Game with a game-winning and only goal. Partridge stopped all five shots he saw picking up his fourth shutout of the season.

The Tigers finish section play with a 8-5-1 record and finish in fourth in the section, good enough to get them into the playoffs. One more regular season game remains for the Tigers though, it will be non-section as they go on the road to take on Upper St. Clair on Monday at 8 pm.