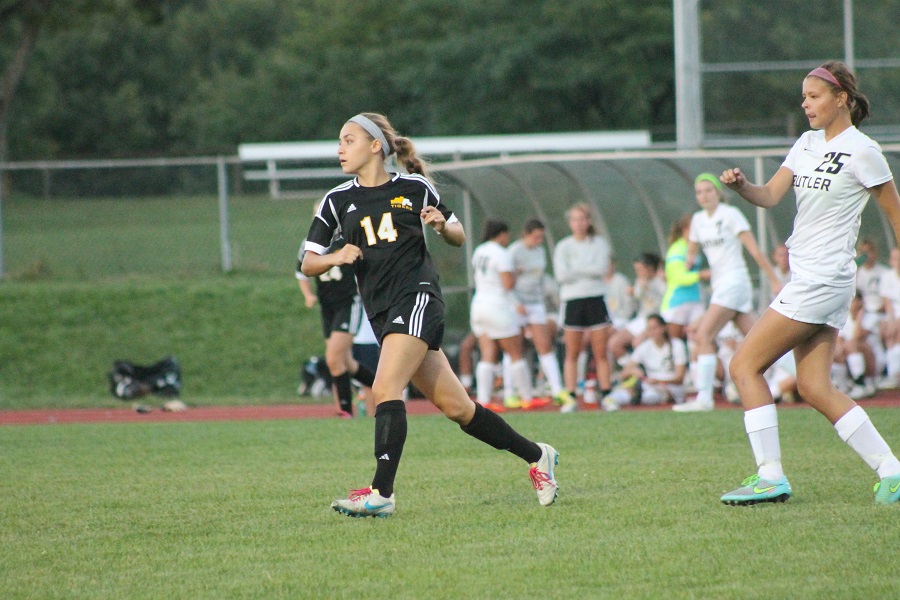 Sarah Chomos Scores A Pair In 3-1 Triumph Over Gateway

Having suffered playoff losses the last two years at the hands of the Gateway Gators, the North Allegheny Girls’ Soccer Team exacted a measure of revenge on Thursday night with a 3-1 victory at Newman Stadium.

In the early going, it looked like Gateway would continue its success against the Tigers as Kayla Trozzi gave the Gators a 1-0 with a goal just two minutes into the game. However, North Allegheny answered back in the 10th minute when Marina Thornton crossed a ball to Sara Chomos who delivered a game tying goal to even the score at 1-1.

Just three minutes later, the Tigers took the lead on a hard shot by Megan Barfuss from the top of the 18 to bring the score to 2-1, North Allegheny.

After several great scoring chances, the Tigers capitalized again in the 28th minute when a hard shot by Maria Gonchar was saved by the Gators net minder and Chomos was there to drive home the rebound for a 3-1 Tigers lead.

The second half saw little offensive action for either team as the Tigers came away with a 3-1 non-section victory over a solid Gateway team.

North Allegheny leaps to 10-6 overall, while Gateway falls to 9-7 on the season. The Lady Tigers play another tune-up game before the playoffs with a visit to Canon-McMillan on Monday night. Start time is slated for 7:30 pm.