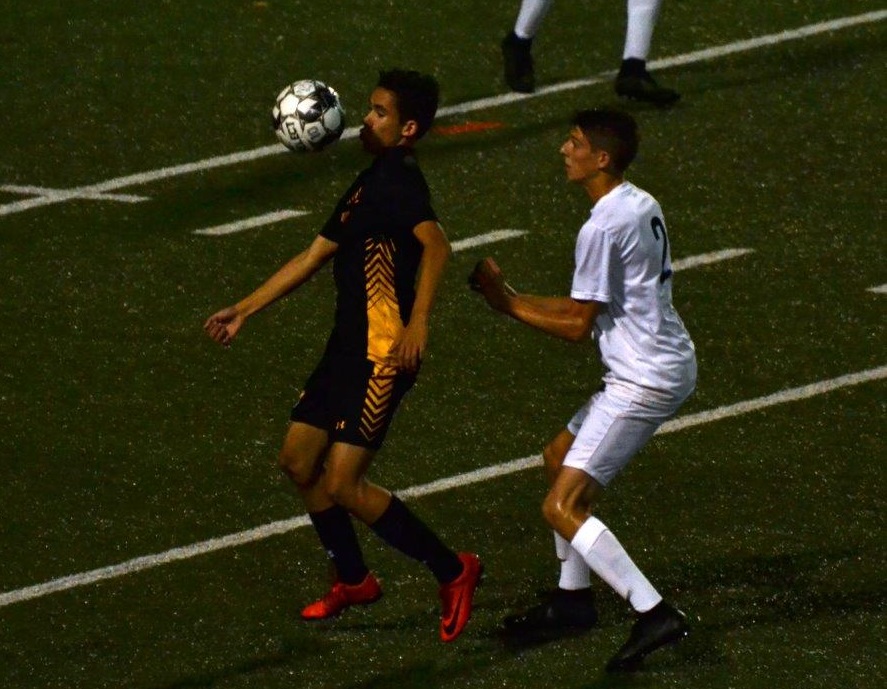 Seneca Valley came out strong with three early chances but the North Allegheny defense was able to weather the storm and kept the score tied 0-0. The first shot on goal came with 12 minutes into the game when Will Cinker took a shot from right outside the box. The shot was saved by Seneca Valley keeper Will Gallagher. A rebound leaked out but Gallagher was able to collect it and keep the score tied. The rest of the half was even with the teams trading chances, then with 6:44 left in the half, North Allegheny got a corner kick. The kick into the box was headed by Matt Van Kirk but a good save by Gallagher continued a scoreless tie. Seneca Valley got their first legitimate scoring chance with less than a minute left in the first half when they put a shot on net from about 25 yards out, but it was saved by Devon Angermeier and we went into the half right where we started, tied 0-0.

The second half was all Seneca Valley as the Raiders totaled three shots on goal in the first four minutes, all turned away by Angermeier. The score was finally broken with 18:22 left in the game when Seneca Valley took their ninth corner kick of the contest and Kyle Majeski went top shelf to put Seneca Valley up 1-0. North Allegheny had two serious scoring chances down the stretch but ultimately couldn’t put anything on the board and Seneca Valley held on for a 1-0 win.

Angermeier was named the Wright Automotive Player of the Game stopping six of seven shots and making some big saves down the stretch to keep North Allegheny in the game.

With the loss, North Allegheny dips to 7-3 overall and fourth place in Section 1-AAAA with a 6-3 record. Seneca Valley sits in first place with an 8-1 section mark and 10-1 record overall.