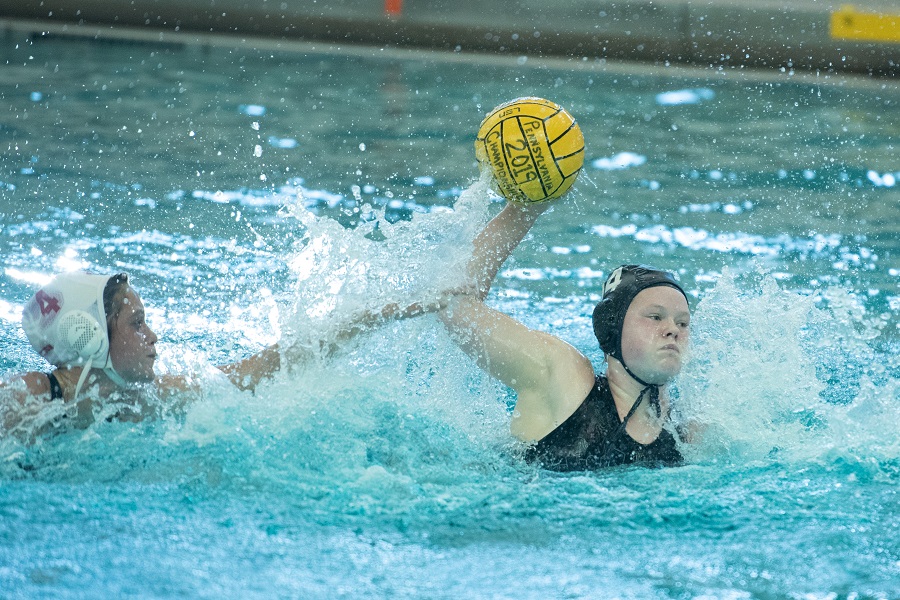 Coming off its first winning season in five years with a 12-11 record in 2019, the North Allegheny girls’ water polo team was poised for even bigger things in 2020. Despite the challenges brought about from COVID-19, the Lady Tigers finished 9-5 and captured their first Western Conference championship since 2013.

While the year did conclude with a Western Conference crown, it was a season that many on the team feared may not happen.

“The biggest thing we overcame (was COVID),” said senior captain Emma Halle. “We started practicing and then we got quarantined for two weeks in the beginning of the season. We we’re thinking we were so far behind, but we all pushed even harder and stepped up more.”

One of the pillars for NA’s championship season was Halle, who finished with a team-high 53 goals. With the confidence and leadership provided by Halle, the Tigers rolled through the regular season and defeated rival McDowell in the Western Conference championship game, 9-5. Halle’s scoring prowess was on full display in the title tilt as she netted a team-best four goals. 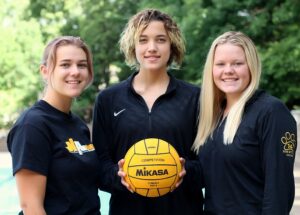 “(McDowell) has always been our closest rival during my four years at NA. Throughout the season, it was back-and-forth with them. We all just stepped up and won.”

With the roller coaster of emotions throughout an uncertain season, to cap the year with a championship was particularly meaningful for Halle.

“Every year I would look at that banner hanging in the school and I just wanted a number up there. It was meaningful to have it be 2020, my senior year.”

A prep career in the water seemed like a natural fit for Halle, whose older brother, Gage, was a swimmer at North Allegheny (Class of 2016) and had a short stint collegiately at Edinboro University. As a senior, Gage Halle was part of a 200-medley relay team that finished second in the event at the WPIAL championships.

Emma Halle’s life in the pool began at just five years old. Participating in both swimming and water polo throughout her youth, Halle narrowed her focus on water polo in seventh grade.

“As I started up with youth polo and moved into middle school polo, all the coaches were impressed with my skills and I picked it up right away. I just liked (water polo) more and more and continued with it.” 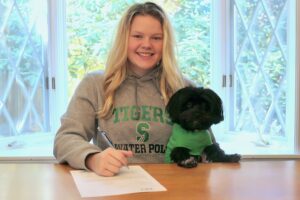 Emma Halle signs her Letter of Intent with Salem University.

By the time she reached high school, Halle made the varsity roster as a freshman. Her career skyrocketed in the summer before her sophomore season when she participated in water polo camps at Washington & Jefferson College and for a Junior Olympic Team in California. From that point on, Halle became a mainstay in the North Allegheny starting lineup. As a junior, Halle earned honorable mention all-state accolades. At the conclusion of her senior season this past fall, Halle was tabbed first-team all-state.

“It means, I did everything I could and I played as hard as I could to finish out my career at NA,” said Halle about the all-state recognition.

Halle will continue her water polo career at the next level where she’ll play at NCAA Division II Salem University in West Virginia. She’ll pursue a degree in Criminal Justice and hopes to one day work for the FBI.