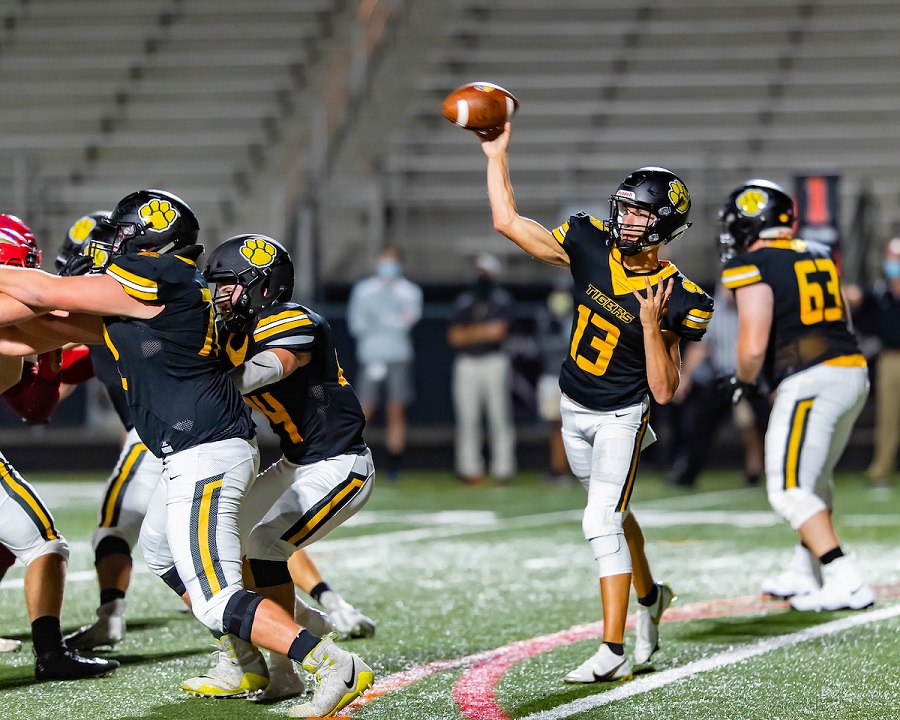 I’m excited to announce my commitment to @WPIFootball, thank you @CoachRobFB for this amazing opportunity! I want to thank my family and coaches who have supported me along this journey! pic.twitter.com/1EwoewoSAB

In his first year as North Allegheny’s starting quarterback, Phillips led the Tigers to a 6-1 record and their first WPIAL championship game appearance since 2012. Earning honorable mention recognition in Class 6A from the Big 56 conference, Phillips had a quarterback efficiency rating of 169.53. During NA’s seven-game 2020 campaign, Phillips completed 55 of 84 passes for 792 yards and nine touchdowns with just four interceptions. His breakout performance came against Canon-McMillan on Oct. 16. Phillips led the Tigers to a 35-0 victory with 240 yards passing and four touchdowns against the Big Macs.

At WPI, Phillips will join a program that most recently went 10-1 in 2019 and won the New England Bowl Series with a convincing 35-6 victory over Western Connecticut. The Engineers did not play in the fall of 2020 due to the COVID-19 pandemic.