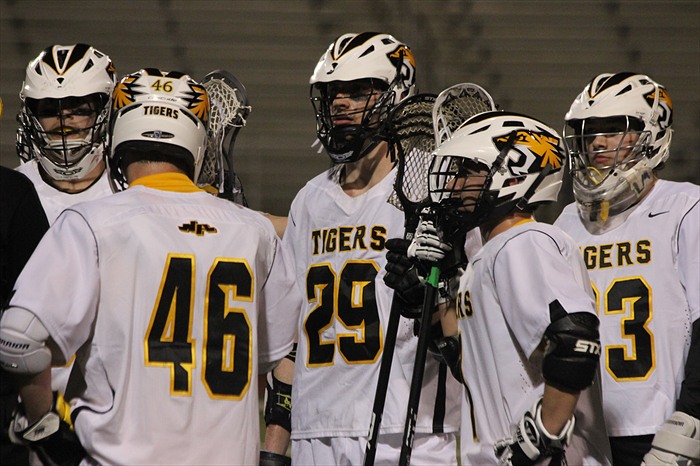 Shady Side Edges NA, 5-4, In Clash Of Section Unbeatens

In a battle between two of Division 1’s finest, Shady Side Academy held off North Allegheny by a 5-4 decision on Thursday night. Defense on both sides ruled the day and SSA forced 21 turnovers to claim a narrow win and remain undefeated in Section 2. The Tigers suffered only their first section defeat of the season.

Gavin Hagen helped bolster the NA offense with a goal and two assists. Trevor Perry had four ground balls and Jack Profozich notched two goals. Alec Vissotski was again outstanding on faceoffs and won 11 of 12 draws and reeled in six ground balls. Despite NA’s success, the Indians were able to break a 4-4 tie with a game-winning marker with a little over six minutes remaining in the game.

Following the loss, North Allegheny slips to 6-4 overall and 3-1 in Division 1, Section 2. Shady Side Academy jumps to 5-2 overall and 3-0 in the section. The Tigers visit State College on Friday night in a non-section affair.