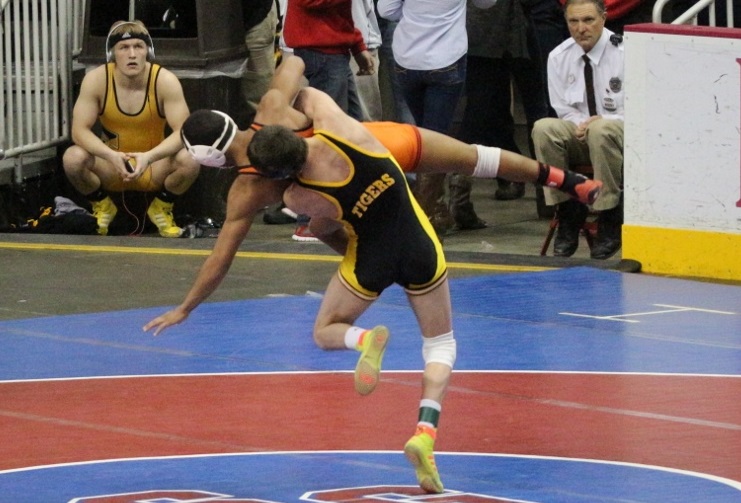 North Allegheny grapplers Jake Hinkson and Zach Smith continued their trek through the PIAA Class AAA Individual Wrestling tournament on Saturday.  Hinkson’s run to the semifinals in the 132 pound bracket hit a road block in the form of Waynesburg’s A.C. Headlee who defeated Hinkson by a technical fall, 21-6.  Hinkson suffered a tech fall loss in the fifth round of the consolations to Evan Fidelibus of Easton, but rebounded nicely with a 3-2 decision over Brock Port of Bellefonte to claim a fifth place medal at states.

Smith reached the third place medal bout at 195 pounds by posting back-to-back victories in the early going on Saturday.  Smith squashed Eli Grape of Upper St. Clair by a 6-1 decision and followed that up with revenge win over Francis Duggan of Cumberland Valley.  Smith’s 3-1 decision atoned for a narrow 4-3 defeat at the hands of Duggan in the first round of the PIAA tournament.  Smith concluded the day in the third place bout against Norwin’s Drew Phipps but was edged out by the WPIAL champion in a 2-1 decision.

Congratulations to Smith and Hinkson for a superb effort through the 2015 PIAA wrestling tournament.