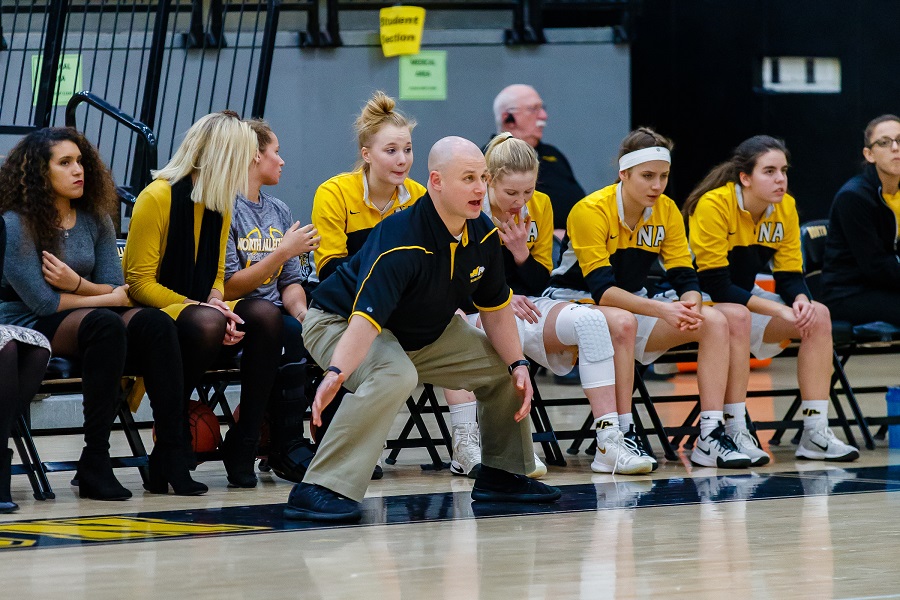 North Allegheny girls’ basketball coach Spencer Stefko earned his 250th career coaching win on Monday night as the Lady Tigers topped the Seneca Valley Raiders, 65-35. Stefko, in his third year at North Allegheny, has had two other successful coaching stops at Chartiers Valley and Seton LaSalle before joining the Tigers and amassed 137 and 50 victories at those programs, respectively. The win over Seneca Valley marked Stefko’s 63rd with North Allegheny.

In an early season battle for first place in the Section 1-6A standings, the young Seneca Valley squad gave the top-ranked Tigers all they could handle in the first half. The Raiders forced a tie three separate times in the first half, including a 19-19 deadlock midway through the second period. Junior McKenna Gross and senior Gretchen Koken were the catalysts for the Raiders. Gross finished with 19 points on the night and Koken added 13 points.

Despite determined play from the visiting Raiders, the Tigers managed to pull away from their section foe with two tide-turning runs. North Allegheny ended the first half with a 7-0 run to grab a 26-19 lead. Following a layup by Koken to open the second half, the Tigers followed with a 21-0 run to take command of the game with a 47-21 advantage.

Key to the Tigers surge was senior Piper Morningstar who scored 12 of her 19 points in the second half. Adding three steals, two blocks and two assists in all-around performance, Morningstar was named the Wright Automotive Player of the Game.  The Radford University recruit was 8 of 13 from the field and shot 3 of 7 from beyond the arc.

Another player who had a prominent factor in the outcome was freshman Lizzy Groetsch who netted a career-high 19 points and pulled down five rebounds. After a scoreless first half, junior Rachel Martindale scored all nine of her points during the third-quarter surge.  Senior Madelyn Fischer totaled eight points and nine rebounds.

In all, eight different players score points for the Tigers as NA coasted in the fourth quarter for a 65-35 victory. The win was the 20th in a row for North Allegheny in the head-to-head series with Seneca Valley.

North Allegheny improves to 10-0 overall and 3-0 in Section 1-6A. Seneca Valley slips to 6-4 overall and 2-1 in the section. The Tigers will host Butler on Thursday night at 7:30 p.m. The game will be broadcast live via the internet on the North Allegheny Sports Network.