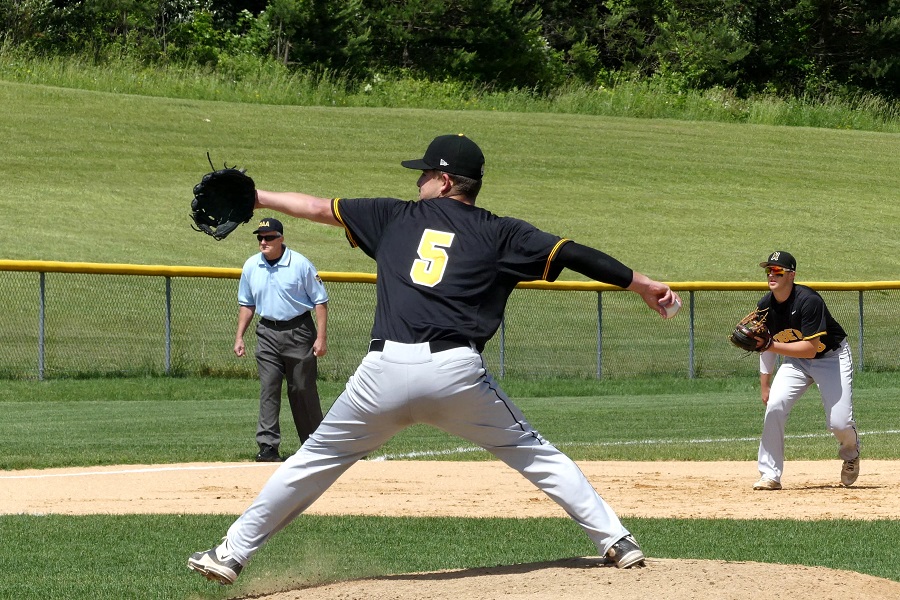 The North Allegheny baseball team met up with State College in the opening round of the PIAA playoffs on Tuesday afternoon and the Little Lions scratched past the Tigers in a pitcher’s duel, 1-0. Senior pitcher Danny Caropresi twirled a marvelous game for the Tigers despite the defeat, tossing a complete game and permitting only one unearned run. Caropresi scattered five hits and struck out a pair.

The decisive run crossed the plate for the District 6 champions in the bottom of the fifth inning. Liam Clarke posted a one-out double, advanced to third base on a ground out by Kenny Magnes and scored moments later on a North Allegheny error for a 1-0 lead. That run proved to be the game winner in a contest where hits came at a premium.

State College advances to the PIAA quarterfinals to face Penn Manor who defeated WPIAL champion Pine-Richland on Tuesday, 6-4. North Allegheny’s season ends with an overall record of 17-8. Congratulations to head coach Andrew Heck and the North Allegheny baseball team for an outstanding 2017 campaign.