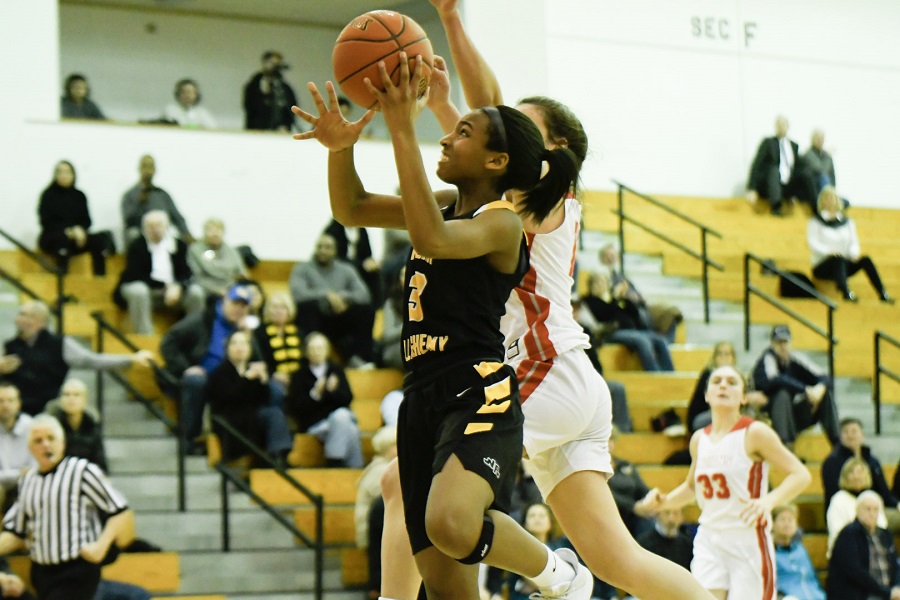 In their final tune-up before the WPIAL playoffs, the North Allegheny Tigers defeated the Oakland Catholic Eagles on Monday night, 43-27. NA’s staunch defense allowed its second-lowest point total of the season to the host Eagles, a playoff qualifier out of Class 5A. Its the second straight game the Tigers have permitted a paltry 27 points.

North Allegheny led 24-22 after three quarters of play, but the Tigers took control in the fourth quarter by outscoring the Eagles 19-5 over the final eight minutes. Juniors Paige Morningstar and Lizzy Groetsch paced the Tigers with 11 points each.

Alexa Washington was the leading scorer for Oakland Catholic with eight points, six of which coming at the free-throw line.

North Allegheny improves to 19-3 overall with the non-section win. Oakland Catholic dips to 16-6 on the season. Both teams will await the release of the WPIAL playoff brackets on Tuesday night.