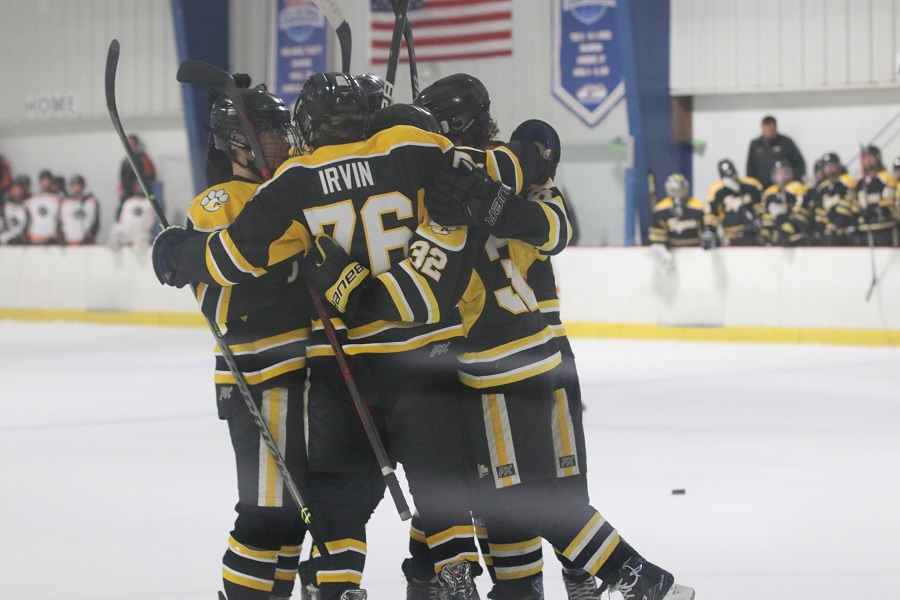 A three-goal outburst in the second period helped propel North Allegheny to a 5-2 victory at Bethel Park on Thursday night.

Sophomore forward Evan Kaminski scored the first goal of the night just 2:29 into the game for an immediate 1-0 lead. However, Bethel Park’s Colin Nebel evened the score at 1-1 at the 9:48 mark of the first period.

That set the stage for NA’s big second period, which saw Matt Irvin, Kyle Holmes and Connor Chi score three straight goals for a 4-1 lead. Irvin’s goal came on the power play and was the first of two on the night for the junior forward.

In the third period, Aidan Gorman trimmed the NA lead to 4-2 at the 2:28 mark of the third before Irvin put the game on ice with his second of the night at the 8:26 mark to close out a 5-2 victory.

In net, Rylan Murphy earned the win by stopping 20 of 22 shots. Bethel Park’s Dominic Zevola was peppered with 41 shots, stopping 36 pucks in a losing effort.

North Allegheny improves to 2-0 on the season, while Bethel Park dips to 0-3. The Tigers will host Canon-McMillan on Monday night at 7:00 p.m. The game will be broadcast live by the North Allegheny Sports Network.