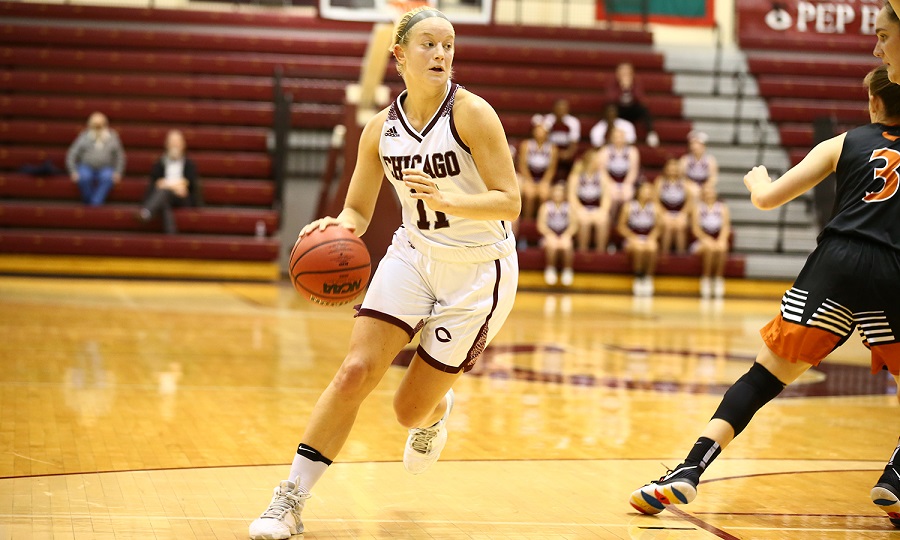 Senior forward Taylor Lake of University of Chicago, and former 1,000-point scorer at North Allegheny, was named UAA Women’s Basketball Player of the Year as the 2019-20 UAA All-Association Team was announced on Thursday.

Not only a 1,000-point scorer at North Allegheny, Lake surpassed the 1,000-point plateau in her collegiate career on Nov. 16 with a 13-point effort against the University of Wisconsin-Platteville.

Along with the UAA Women’s Basketball Player of the Year award, Lake was also lauded as a First-Team All-UAA selection for the second consecutive year.

Lake and the University of Chicago Maroons will appear in the NCAA Division III Tournament for a fourth consecutive season and will take on La Roche on Friday night. Chicago is ranked 18th in country by D3Hoops.com.