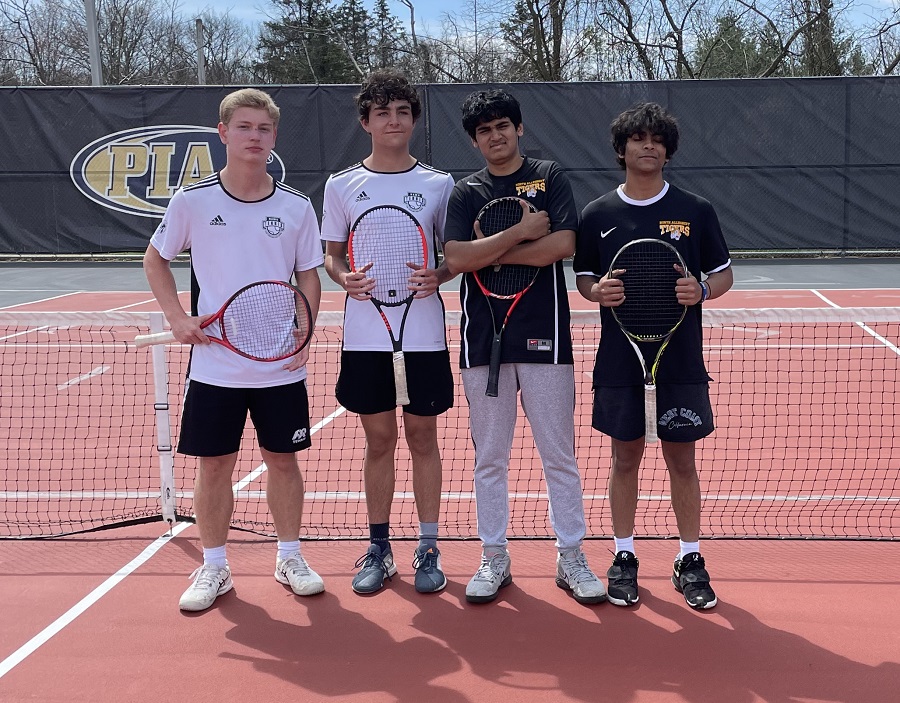 Day two of the Section 2-AAA Doubles Tennis Tournament was held at the NASH courts Friday afternoon, and the Tigers were part of the consolation match.  The No.1 NA team of senior Shomik Telang and junior Raj Ginde tangled with Pone Richland’s No. 1 duo of Braiden Smalley and Ethan Silipo.  Holding serve, NA took the first set by a 6-4 margin.  The Pine-Richland duo was able to come from behind by taking the second set (6-2) to force a third and deciding set.  The Rams prevailed in that third frame, 6-3, thereby taking the third-place slot.  All four of the finalist teams have qualified for the WPIAL Doubles Championship, scheduled for next Tuesday at the NASH courts at noon.

In the meantime, the Tigers team will resume a rain-delayed match with Sewickley Academy at the Lakevue Athletic Club on Monday at noon.  The day’s doubleheader will be capped off with the completion of Section 2 play against North Hills.  That match, also at Lakevue, is scheduled for 2 PM.