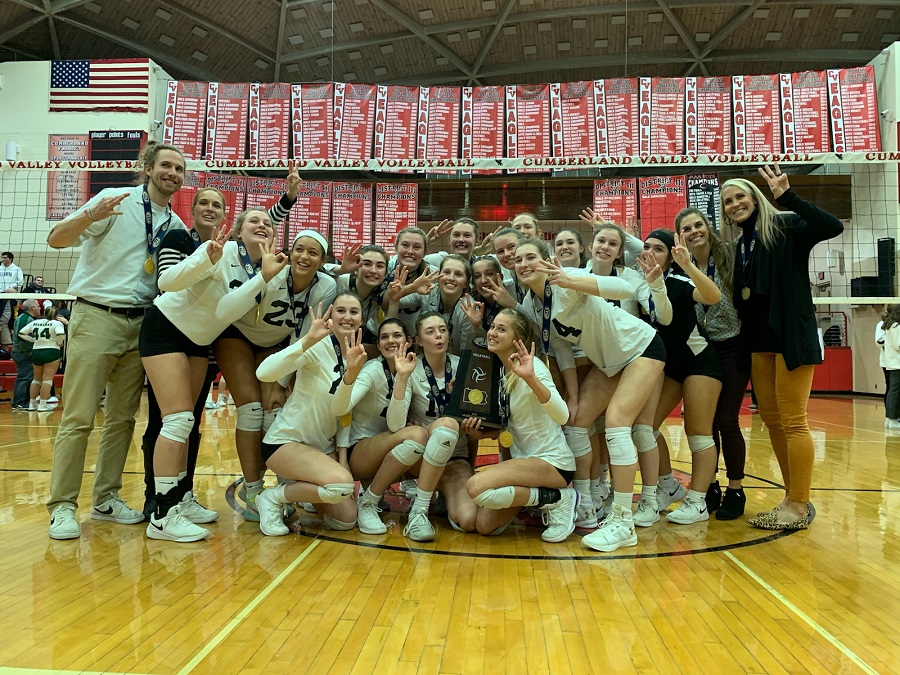 The first set was not the cleanest as both teams looked to have some championship game jitters. Numerous unforced errors hampered both teams in set one. Near the end of the set, Yale commit Cara Shultz got into a rhythm for the Eagles of Bishop Shanahan and they were able to take the first set, 25-19.

In the second set, the Tigers found themselves down basically the entire set. Besides a brief 1-0 lead, the next time North Allegheny was ahead was when the set was 22-21. Abby Miller and Paige Miller were able to get the last three points in the set and the Tigers tied the match score at 1-1 by winning the set, 25-22. Abby Miller had four kills and a block in the set.

The third set was all Tigers as they jumped out to an early 7-3 lead and never looked back, ultimately winning the set 25-19. Serving was a huge part of this set as North Allegheny had the Eagles scrambling. Paige Miller and Rebecca Pilotta picked up aces in the set.

Set four was dominated by Bishop Shanahan’s serving as the Eagles jumped out to a 19-7 lead and won the set 25-12. At one point in the set, Cara Shultz had four consecutive aces. Paige Morningstar paced the Tigers in this set with three kills and an ace of her own.

The fifth set was as tight as it could get. After the Eagles jumped out to a 3-0 lead, no one had a bigger lead than two points the rest of the match. There were five ties and six lead changes in the fifth set. With the score tied 14-14, Morningstar was able to dump the ball in between the Bishop Shanahan defense to give NA a 15-14 lead. Abby Miller, the 2018 Gatorade Pennsylvania Player of the Year, put a well-placed shot into the right corner of the gym for the state-title winning point.

Abby Miller had 12 kills and 14 digs, and for her efforts she was named the Wright Automotive Player of the Game. Madison Curran had nine kills for the Tigers. Paige Miller had eight kills and two aces while Morningstar had seven kills, 12 digs and an ace. Malia Duffy was huge in the back line for North Allegheny with 11 digs.

The Tigers finish the season with a 23-1 record. Bishop Shanahan finishes as state runner-up for the third year in a row and caps the year with a 23-1 record as well. Congratulations to Coach Heidi Miller, her coaching staff and the entire Lady Tigers volleyball team for another memorable season.