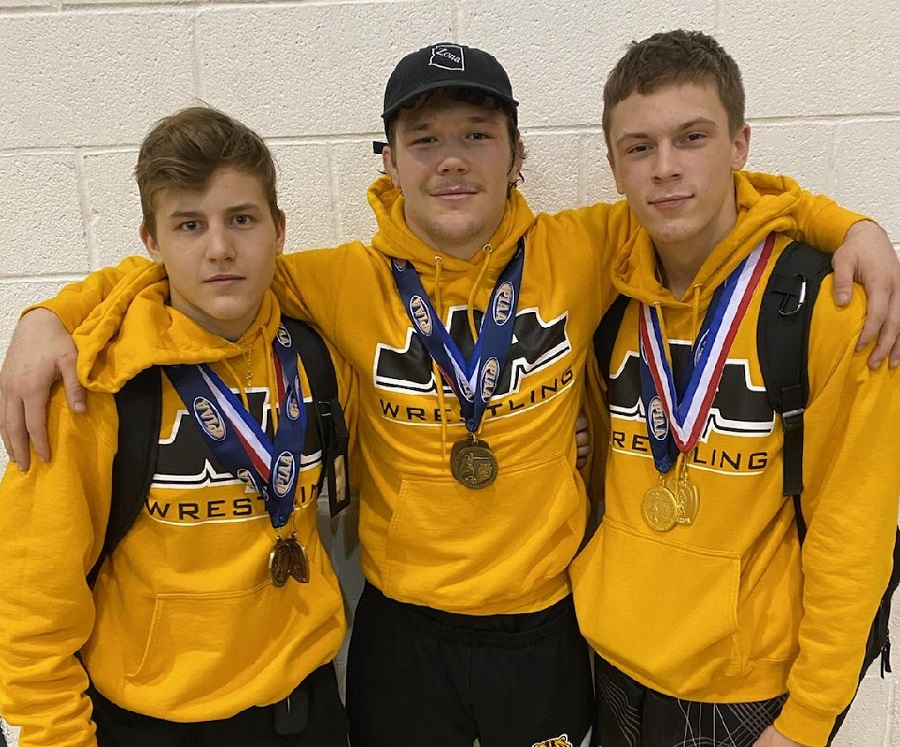 Coy, who took third place at WPIALs last season, opened the 120-pound bracket in the quarterfinals with a dominant 18-2 tech fall over Ryan Klingensmith of Kiski Area. In the semifinals, Coy earned a 7-0 decision over Jacob Houpt of Canon-McMillan and followed with a 4-3 decision against Waynesburg’s Mac Church, the top seed in the bracket, to win his first WPIAL crown.

After a quarterfinal round loss for Gorman to begin action at 126 pounds, he rebounded in the consolation bracket with an 8-0 decision against Butler’s Nick Schaukowitsch. In second round consolation, Gorman won in a 3-2 UTB against Trinity’s Blake Reihner and quickly pinned Connellsville’s Mason Prinkey in 48 seconds in the third-place bout.

At 160 pounds, McCorkle opened with a 3-2 decision over Waynesburg’s Nate Stephensen in the quarterfinals. McCorkle met a familiar foe in the semifinals and took state medalist Cole Spencer of Pine-Richland to the limit, but narrowly fell by a 1-0 decision. In the consolations, McCorkle bounced back with a win by fall over Christopher Beatty of Chartiers Valley and followed by winning 3-2 UTB over Kiski Area’s Enzo Morlacci of Kiski Area in the third-place bout.

Coy, Gorman and McCorkle will continue their seasons on Saturday, March 6 at the PIAA Western Super Regional.