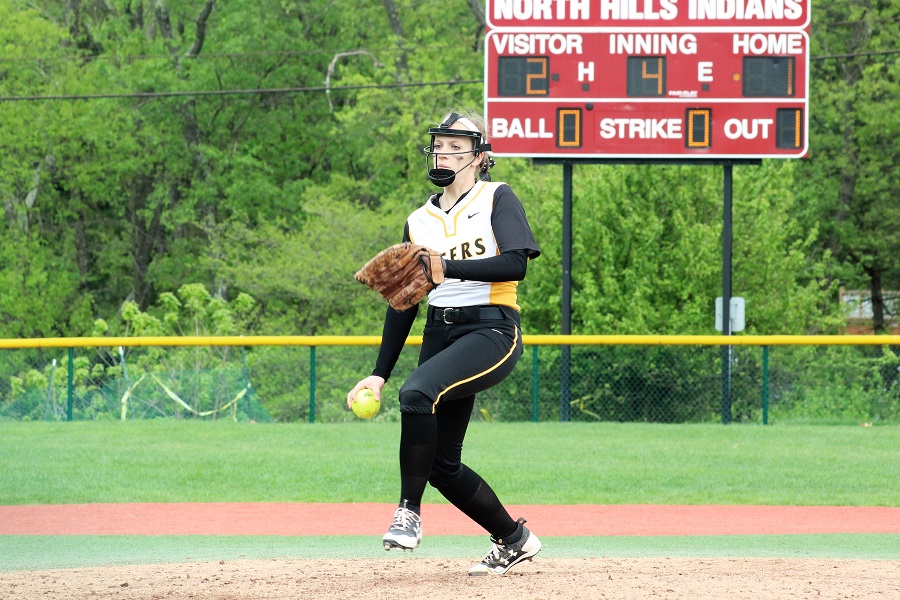 The North Allegheny Varsity Softball Team traveled to McIntyre Field on Thursday afternoon and returned home with a hard-fought 4-2 victory over the North Hills Indians in a competitive contest. NA’s Ashley Adams turned in an outstanding pitching performance by limiting a strong Indian lineup to six hits scattered over seven innings in the complete game victory. North Hills got one run in inning number two, but did not score again until a seventh inning home run by North Hills’ Mackenzie Saban brought the score to its final margin. A Tiger double play in the seventh followed by a ground out ended the proceedings and brought the victory back to Wexford.  North Allegheny RBI’s came from Sophia Dollard, Adams, and Rachel Martindale.

The win gives North Allegheny a final Section 3-AAAAAA record of 6-4 and assures the playoff-bound Tigers no worse than a second-place tie in the section standings, pending the results of the Pine-Richland at Shaler game that has been rescheduled for Friday. NA is next scheduled to see action on Saturday at home vs. Connellsville in a non-section game slated to start at noon, weather permitting.