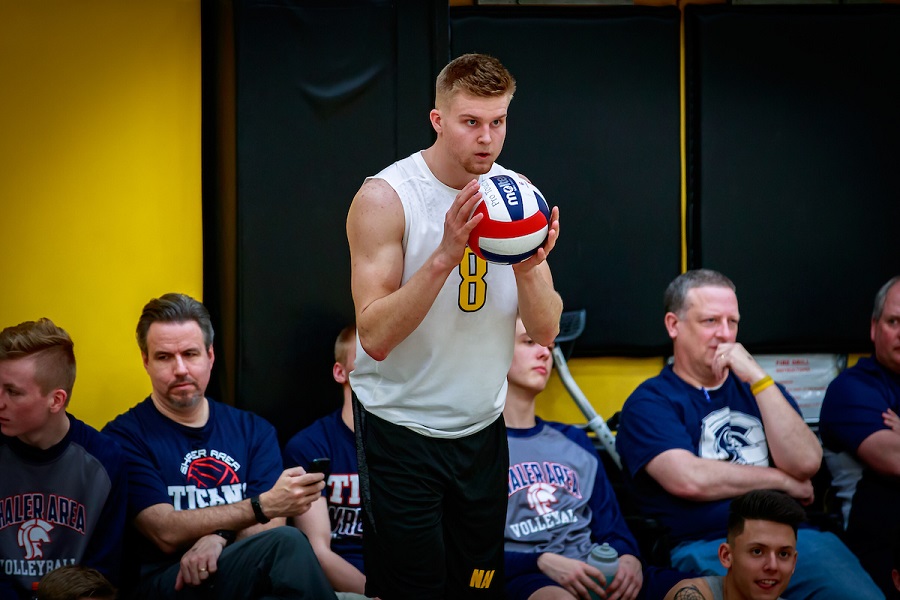 In their first home section match of the season, the North Allegheny Tigers punished the Pine-Richland Rams in a 3-0 sweep of their neighborhood rivals. The Tigers ransacked the Rams by set scores of 25-7, 25-15 and 25-18.

The Tigers set the tone for the entire contest with a 10-0 lead to begin the night. Senior setter M.J. Barton tallied four aces in the opening set and North Allegheny breezed to a 25-7 victory.

Pine-Richland made set two a bit more competitive and held an 8-7 lead early on. However, North Allegheny caught fire with an 11-2 run to take an 18-10 advantage. Senior Eric Visgitis, a University of Mount Olive recruit, picked apart Pine-Richland with four kills to help NA claim a 25-15 victory in the second set. Visgitis finished with six kills and four blocks.

The Tigers systematically dismantled the Rams in the final set, 25-18, with the blistering swings and devastating serves of Canyon Tuman.  The junior outside hitter totaled a team-high 11 kills and six aces on the  night, capturing Wright Automotive Player of the Game honors.

North Allegheny improves to 2-0 in section play while Pine-Richland slips to 0-1 in the section. The Tigers will compete in the Derry Invitational on Saturday.