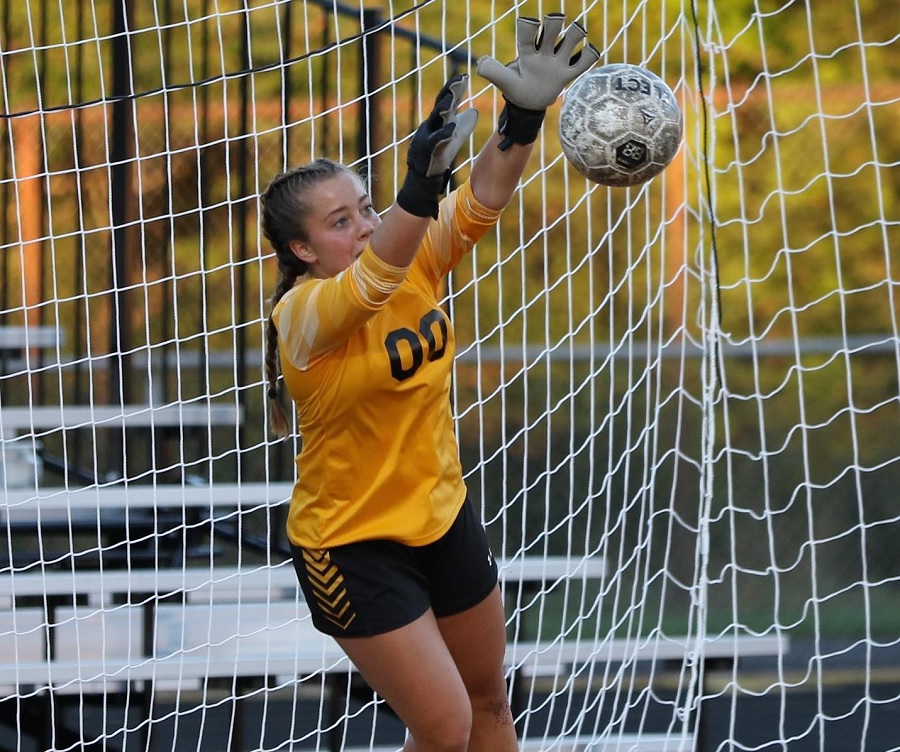 North Allegheny has had no problem scoring goals this season, as the Tigers are averaging 5.7 goals per game after the win over Allderdice (3-4, 2-4). But lately, their opponents have had trouble finding the net, as the 5-0 clean sheet was the fourth straight for the Tigers and their fifth in 10 games.

It didn’t take North Allegheny long to go on top in this one, as Abigail Stager banged home a rebound in the 7th minute for a 1-0 lead.

It was a pair of goals in quick succession late in the first half that padded the North Allegheny lead.

Junior Ally Ruiz punched home a Lucia Wells rebound in the 35th minute. After a corner kick from the far flag found its way to the near side of the field, Stager fired home her second of the night past Dragons keeper Jillian Blake to make the score 3-0 in the 36th minute.

Senior Allie Burns’ distribution skills were on display on the next two Tigers goals. The forward made two great assists from the right flank, finding Sam Braden who scored her eighth goal of the season in the 70th minute, and then Burns hit Wells with a pass, who then drove the ball into the net upstairs for her 13th goal of the campaign to make the final score 5-0.

The Wright Automotive Player of the Game was awarded to Abigail Stager. The junior forward and Kentucky recruit netted the game winner with the opening tally and now has nine markers on the season.

The Tigers are back home on Monday when they host Shaler in a match that will carried on the North Allegheny Sports Network.