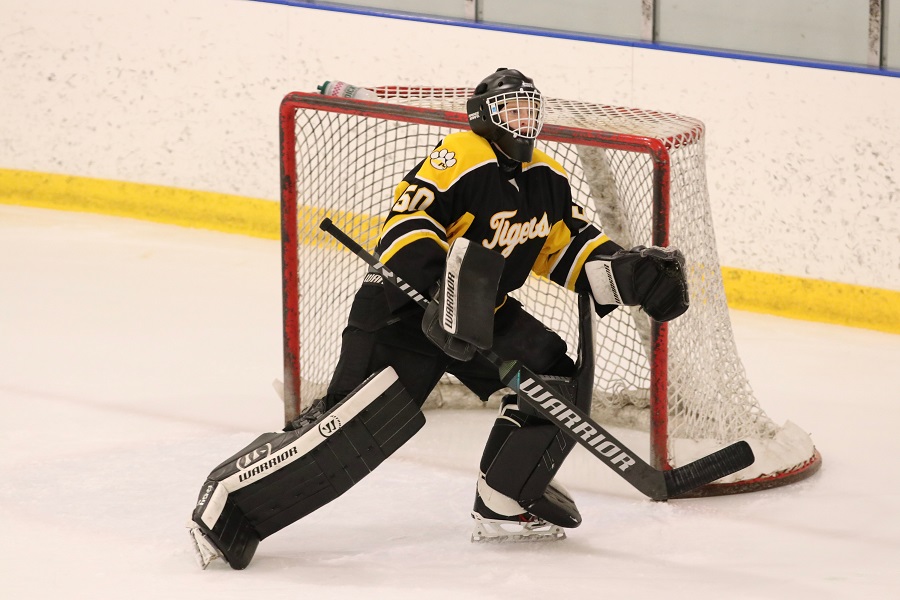 The North Allegheny ice hockey team posted its second consecutive shutout with a 4-0 whitewash of the Upper St. Clair Panthers on Thursday night in the South Hills. The Tigers limited the Panthers to just 16 shots on net and junior net minder Rylan Murphy denied every one of them for his fourth shutout of the season.

With the Panthers rendered punchless thanks to Murphy and the NA defense, the Tigers pounced for an insurmountable lead in the first period. Two goals by senior Connor Chi, one of which was shorthanded, and another by senior Kyle Holmes allowed North Allegheny to construct a 3-0 lead in the opening stanza. The Holmes goal was assisted by Cole Jackman and Luke Washabaugh. Both of Chi’s goals were unassisted.

Junior forward Matt Irvin tacked on another goal in the second period, assisted by Will Mensch and Evan Barnhart, to score what proved to be the final goal of the night in a 4-0 victory for the Tigers.

With the win, North Allegheny improves to 15-2-1 on the season and remains in pole position in the PIHL Class AAA standings. Upper St. Clair falls to 6-11-1 on the campaign. The Tigers will take on Seneca Valley on Monday night at 7:00 p.m.