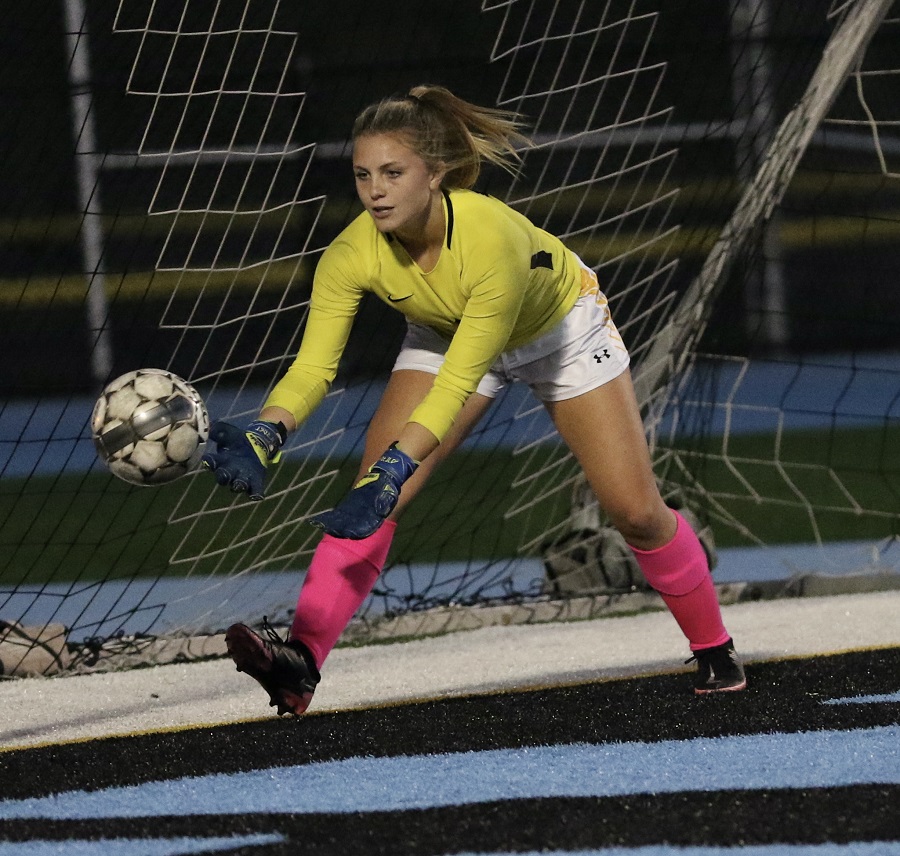 The North Allegheny girls’ soccer team earned a season sweep over the Seneca Valley Raiders with a 2-0 road victory on Thursday night at NexTier Stadium. The win is NA’s fifth in a row in the head-to-head series with Seneca Valley and keeps the Tigers undefeated through 10 games this season.

The Tigers quick-strike attack pounced on the Raiders in the first six minutes of the game to take command early on. Junior midfielder Sophia Palermo tallied the first marker just 21 seconds into the contest for an immediate 1-0 lead. Just five minutes later, with 34:41 remaining in the half, sophomore Jadyn Coy netted another goal to increase the NA lead to 2-0.

The two early goals proved to be the only scoring in the game as the Tigers and senior goalie Megan Miller posted their ninth shutout of the season.

With the win, North Allegheny remains undefeated with a 9-0-1 overall record and 5-0-1 mark in Section 1-AAAA. Seneca Valley falls to 6-3-2 overall and 3-2-1 in the section. The Tigers will host Archbishop Alter for a non-section game on Saturday at 2:30 p.m.