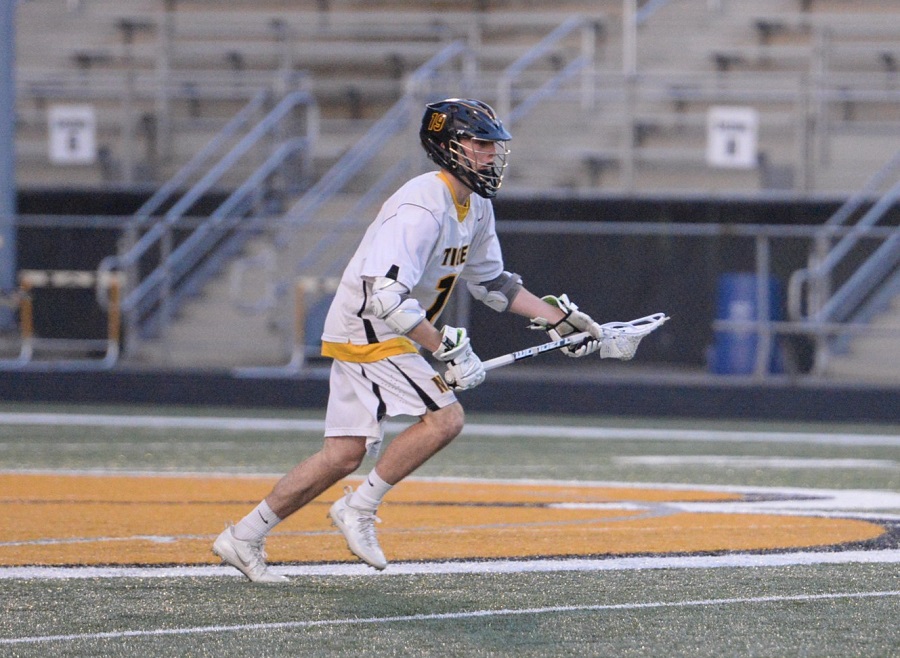 Tigers Bow Out To Mt. Lebanon In WPIAL Quarterfinals

In a WPIAL title game rematch from last season, the reigning champions were ousted from the playoffs by the Mt. Lebanon Devils by a 9-6 final on Thursday night at Newman Stadium. North Allegheny surrendered the first three goals of the game and played from behind the rest of the night. The loss in the WPIAL quarterfinals snapped an eight-game winning streak for the Tigers.

Trailing 3-0 with two minutes remaining in the opening stanza, the Tigers would mount a couple of possessions and scored with 1:21 left in the first period when Isaiah Davis connected for a goal, assisted by Gavin Hagen.  Mt. Lebanon scored two more goals, with one short-handed tally, to build a 5-1 lead.  Ben Maenza bounced a shot past Tucker Welch with 2:22 left in the half and the Tigers trailed by three at intermission, 5-2.

The first couple minutes in the third period belonged to the Tigers but they could not capitalize.  North Allegheny traded goals with Mt. Lebanon, getting a marker from Matt Osten.  Matt Osten scored another goal with .06 in the third but the Tigers trailed by four goals going into the fourth quarter, 8-4.

North Allegheny capped off the scoring in the fourth period with goals from Trevor Saundry and Hagen.  Senior Jack Kairys was named the Wright Automotive player of the game for his defensive effort, leading the team with seven ground balls and collecting three forced errors.  Senior Greg Ferringer notched a team-high four forced errors on defense.

North Allegheny concludes a fine season with a 15-4 record. Congratulations to head coach John Rullan and the boys’ lacrosse team for a another great year.