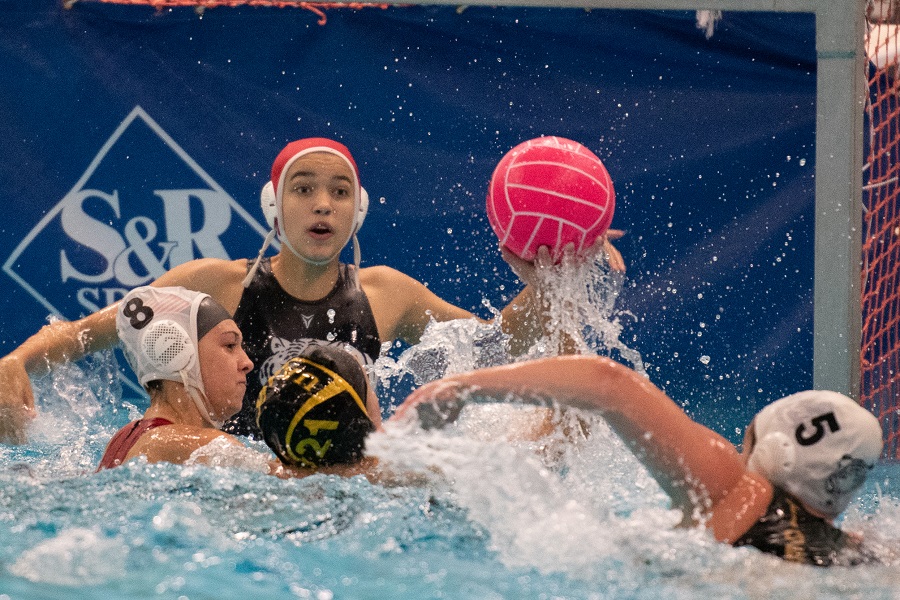 The North Allegheny water polo team traveled to Cumberland Valley High School over the weekend for the Screamin’ Eagle Tournament. The Lady Tigers posted a 2-2 record at the tournament, while the NA Boys went 1-4.

For the Lady Tigers, the team sustained a pair of losses to begin the tournament. North Penn beat NA 11-5 and host Cumberland Valley claimed a 20-10 win over the Tigers. Freshman Rebecca Melanson posted a hat trick against North Penn and junior Emma Halle tallied a team-high five goals in the loss to CV.

Against Mechanicsburg, the Lady Tigers opened up a 6-0 lead in the first period and never looked back. Six different Tigers scored goals in the victory, including sophomore Emma Donnelly with a team-best five markers. Koehler and senior Rory Kooker posted a hat trick each. Halle added a pair of goals, along with a team-leading eight steals. Melanson and Maggie Adkins netted one goal each. Dorman again earned the win net with nine saves.

Things were a bit tougher for the NA Boys, beginning with a 12-1 loss to North Penn to open the tournament. A 13-9 defeat to Cumberland Valley and a narrow 10-9 setback to Wissahickon followed.

The Tigers snapped the losing skid with a strong 7-5 victory over Mechanicsburg. The scoring as spread out for North Allegheny with six different players touching the scoresheet. Junior Tyler Tieppo led with a pair of goals, while Yi-Fei Zho, Kevin Mao, Ani Manchella, Justin Morrison and Ben Gavran all netted one goal apiece. Defensively, Morrison posted a team-leading three steals. The duo of Eliot Maravich and Ben Pizov split time in net with a combined eight saves in the win.

NA rounded out the tournament with an 11-8 loss to La Salle College High School.

Following the trip to Cumberland Valley, the NA Boys are 2-6 and the Lady Tigers are 3-4. The North Allegheny water polo team returns to action on Sept. 20-21 by hosting the NA Tiger Invitational.