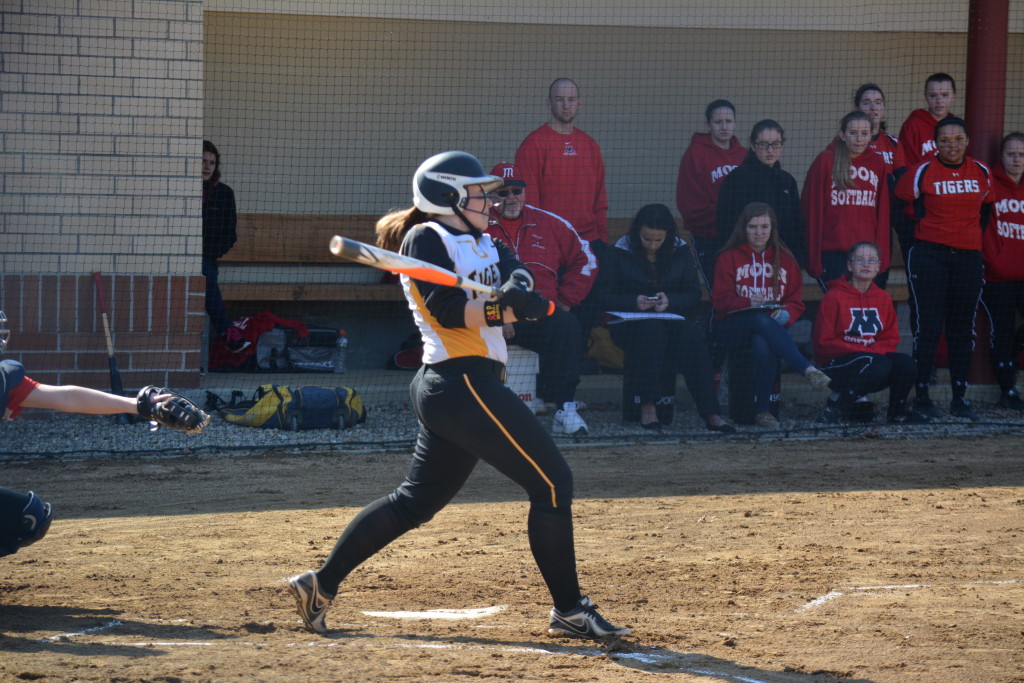 The North Allegheny Varsity Softball Team defeated the Moon Tigers on Tuesday evening at NASH Field, 10-3.  NA split pitching duties in a game where all seventeen Tigers participated, with junior Mollie Benvenuto earning her first Varsity victory.  The key inning for North Allegehny was the bottom of the second, when NA tallied seven runs to take an 8-0 advantage.  The key hit in the inning was a bases-clearing double to deep right center field by senior first baseman Erica Jelinek.

With the win, the Tigers’ record rises to 5-0 in both Section 3AAAA and overall play. The team will get back into action quickly tomorrow when they travel to North Hills for an afternoon contest at McIntyre Field beginning at 3:30PM.