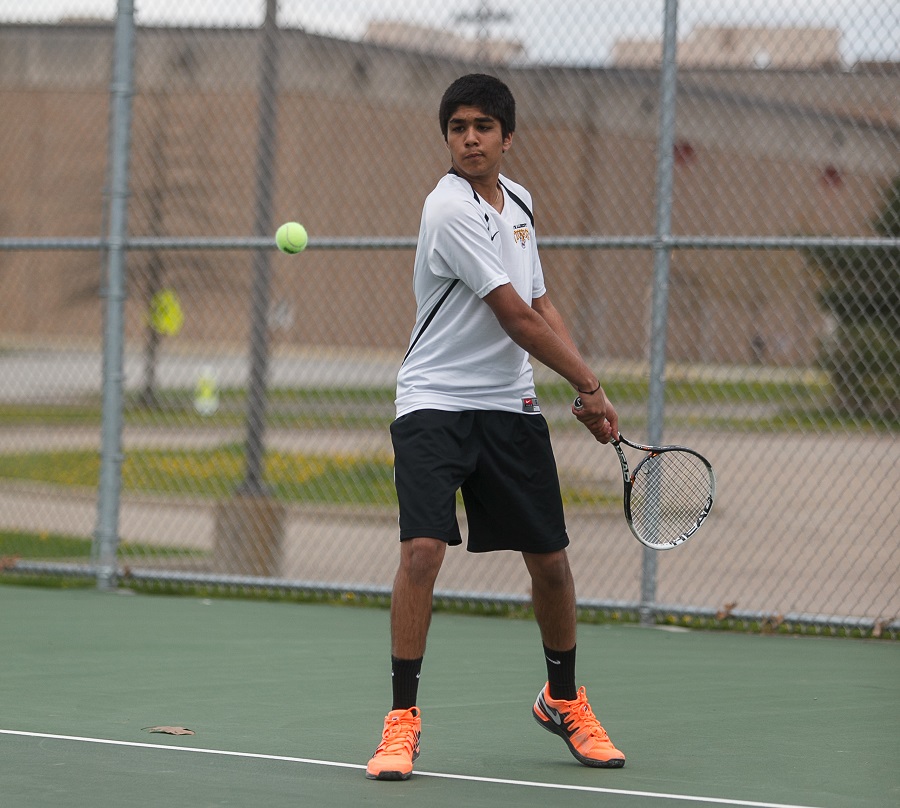 The Tigers continued Section 2 play Wednesday afternoon on their home courts for the first time in 2015 and beat both the windy conditions and a very game Seneca Valley team, 5-0.

The first point of the match against the northern rivals, the Raiders, came from freshman Richard Hoffman who defeated Michael Garczynski at number two singles in straight sets.  Junior Jared Isaacs followed close behind with a straight set win at number one singles over Patrick O’Connor.

The third and clinching match came courtesy of freshman Ivan Voinov, at number three singles, as he beat Eric Abbott in straight sets in a strong showing by both players.  Junior Andrew Xu and senior Eric Huang teamed up at first doubles for the first time and defeated Jake Yankel and Alex Garczynski in straight sets.  Rounding out play were junior Apoorv Anand and senior Rohan Yadav who battled Sean Yanez and Corey Fetter in a closely contested match but still prevailed in straight sets.

Moving to 3-0 in the early portion of the season, the Tigers are now 2-0 in Section 2 play.  They continue action in a re-scheduled scrimmage Thursday afternoon against Fox Chapel on the NASH courts at 3:30 PM.