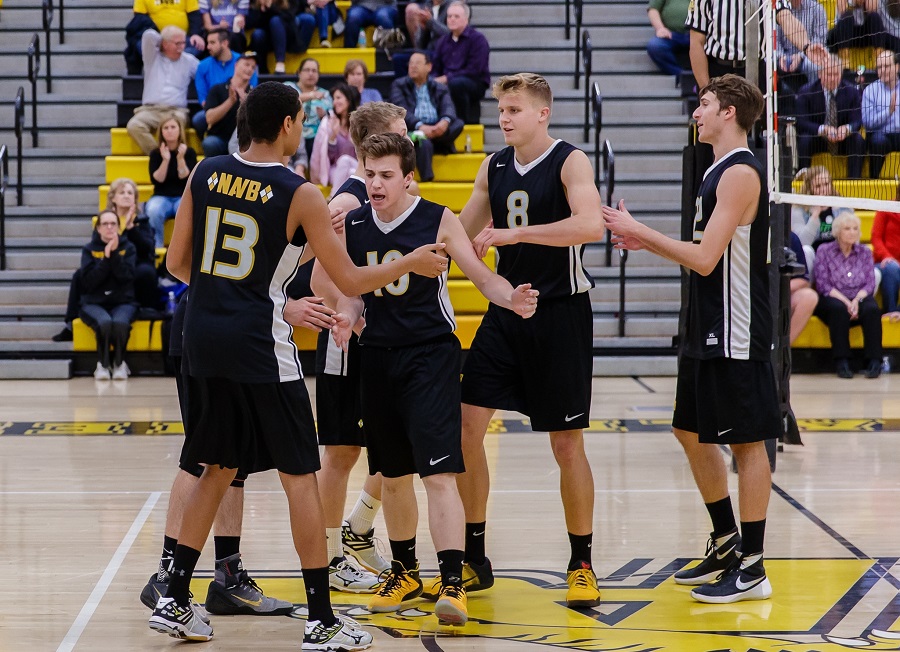 In a battle of two teams already headed to the playoffs, North Allegheny stopped Pine-Richland’s seven-match winning streak by handling the Rams, 3-0, Tuesday night at home. Pine-Richland had yielded only a single set since dropping a tight 3-2 contest to NA back on April 12, but the Tigers showed why they are in first place in Section 2, winning by set scores of 25-14, 25-18 and 25-21.

The victory inched the Tigers even closer to an outright section crown, as it upped their section record to 9-1 with just two matches to play. With a one-match lead on second-place Seneca Valley, NA needs only wins against Shaler and then North Hills—each of whom are already eliminated from playoff contention—to secure the title.

Against the Rams, the Tigers cruised in the first two sets. Pine-Richland led only once in those two games, a slim 2-1 advantage early on in the opening set.

Set three proved to be a much tighter affair, and the Rams even took a 15-10 lead. From there, though, the Tigers embarked on a 7-0 run and never trailed the rest of the way en route to the four-point set victory.

A number of individuals turned in strong performances for NA, including juniors Eric and Luke Visgitis who supplemented their offense with stellar defensive play at the net. Eric led the way in set two, while Luke spearheaded the Tigers’ efforts in the decisive third set. For his performance, Luke earned the distinction of Wright Automotive Player of the Game.

Next up for the Tigers is one of those remaining section contests, as they will travel to Shaler to face the Titans on Tuesday. That match will get underway at 7 p.m.