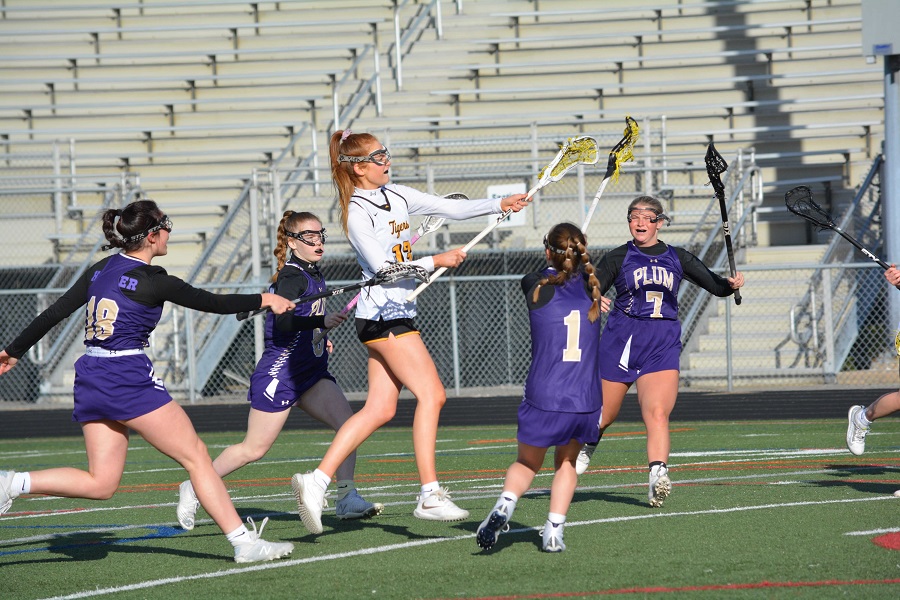 The North Allegheny girls’ lacrosse team won its fourth straight game on Tuesday night with a 17-3 non-section victory over the Plum Mustangs at Newman Stadium.

The Tigers galloped to a 13-0 lead before the Mustangs finally tallied their first goal at the 4:40 mark of the second half. Four different scorers got on the board early and often for NA. Senior Katie Oates got the night started with a goal just 31 seconds into the game and finished with a game-high five goals and added three ground balls. Senior Skye DePrado also netted five goals and senior Lola Wilhite tallied four markers. Senior Bella Falo contributed to the onslaught with two goals and four ground balls, while sophomore Leigh Failla chipped in with a goal as well.

Up next for the playoff-bound Tigers is a home date with the Peters Township Indians on Thursday night at 6:00 p.m. The game will be broadcast live via the internet on the North Allegheny Sports Network.