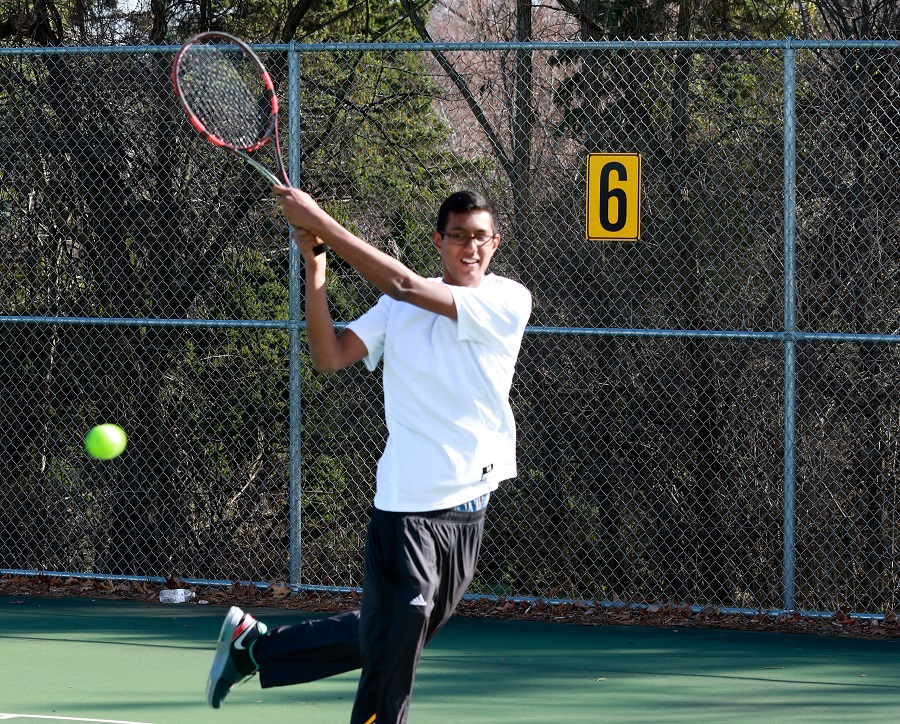 Tigers Defeat Hempfield in First Round of WPIAL Playoffs

The Tigers tennis squad started its 2016 WPIAL playoff journey with a home match in the first round against Hempfield Friday afternoon and came away with a 5-0 victory over the 15th seeded Spartans.  The 2nd seeded Tigers controlled the match from the start, with each contest ending in straight sets.  Singles winners were senior Jared Isaacs at number one along with sophomores Richard Hofmann and Ivan Voinov at two and three singles respectively.  The first doubles tandem was freshman Jerry Huang paired with sophomore Ethan Schenk, while seniors Apoorv Anand and Aamir Khan capably managed the second slot. Following completion of this first round win, the 15-1 Tigers will play the winner of Friday’s Franklin Regional-Allderdice contest Monday afternoon on the NASH courts, starting at 3:30 PM.