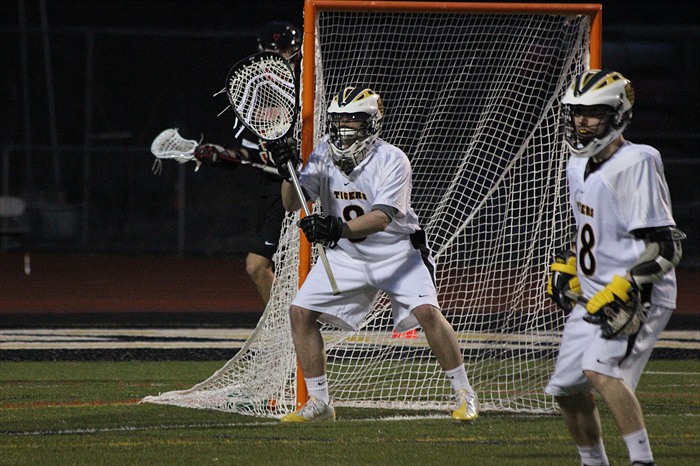 Fittingly on senior night, seniors Marty Hubert and Stephen Kelleher scored two goals apiece to help lead the North Allegheny Boys Lacrosse Team to a convincing 7-2 victory over the Pine-Richland Rams on Wednesday night at Newman Stadium. The win locked up a playoff berth for North Allegheny and a likely home game in the quarterfinals of the WPIAL playoffs next week.

The Tigers defense and senior goalie John Abbondanza stymied the Rams from start to finish and held its neighborhood rival to their lowest scoring output of the season. Pine-Richland entered the game having won 8 of their previous 9 games, but the Rams had no answer for an air-tight NA defense that dominated the game.

Abbondanza collected 14 saves and was aided on the back end by players like Zech Nachazel.  The senior midfielder hounded and harassed Pine-Richland all night long and capped the scoring with a fourth period goal for the coup de grâce.  For his efforts, Nachazel was named the Wright Automotive Player of the Game.