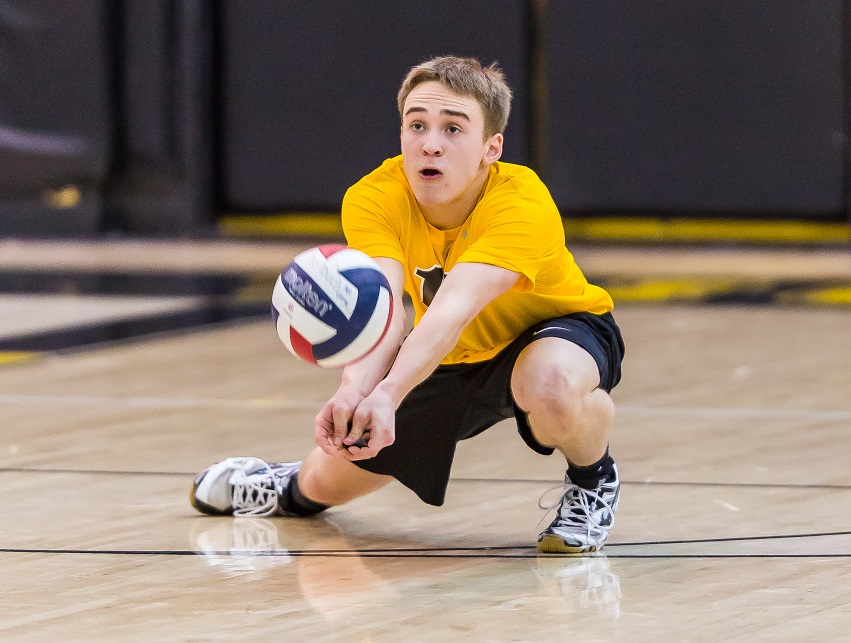 The North Allegheny boys’ volleyball team earned a hard fought 3-1 victory over the Pine-Richland Rams in Section 2-AAA action on Tuesday night. Every set was a battle of attrition but North Allegheny seized the day by set scores of 25-17, 25-17, 22-25 and 25-17.

Pine-Richland hung tough with the Tigers throughout much of the night and was tied with the eight-time reigning champions at 7-7 in the opening set. However, the Tigers began to pull away by winning 12 of next 17 points for a 19-12 lead. North Allegheny finished off the Rams for a 25-17 triumph in set one thanks in part to the play of senior Nikola Topich who collected four kills in the set. Topich finished the night with a team-best 13 kills for the black and gold.

In set two, the Rams held a 14-13 lead before the Tigers rolled off an 8-0 run to grab control. The Tigers closed out set two by the same score as the previous set and was paced by senior Alex Treser who devastated the Rams with his left-handed swing. The southpaw collected three kills in the set on his way to an eight-kill performance.

Pine-Richland extended the match by winning the third set by a 25-22 decision. As he did for much of the night, Tommy Barone was the sparkplug for the Rams with three kills and concluded the evening with a team-best 12 kills. Junior James Kozej provided PR with a solid all-around outing to aid the Rams’ cause.

The Tigers built a 19-12 lead in the fourth set and didn’t allow Pine-Richland to keep its hopes alive any longer. The steady play of senior Robert Stiefvater and rocket shots from freshman Canyon Tuman buried the Rams in the final set. Stiefvater delivered two kills and Tuman added four more to give NA a 25-17 set win.

Also contributing to the North Allegheny victory was senior setter Jeremy Best with 43 assists, matching his career high from last week in a win against Butler. Perhaps the most consistent Tiger on the night was senior libero Ethan DeRubbo who administered a team-best 13 digs. For his efforts, DeRubbo was named the Wright Automotive Player of the Match.

North Allegheny evens its section record at 2-2 with the victory and will visit Derry on Wednesday night. Pine-Richland falls to 1-5 overall and 1-4 in Section 2-AAA.