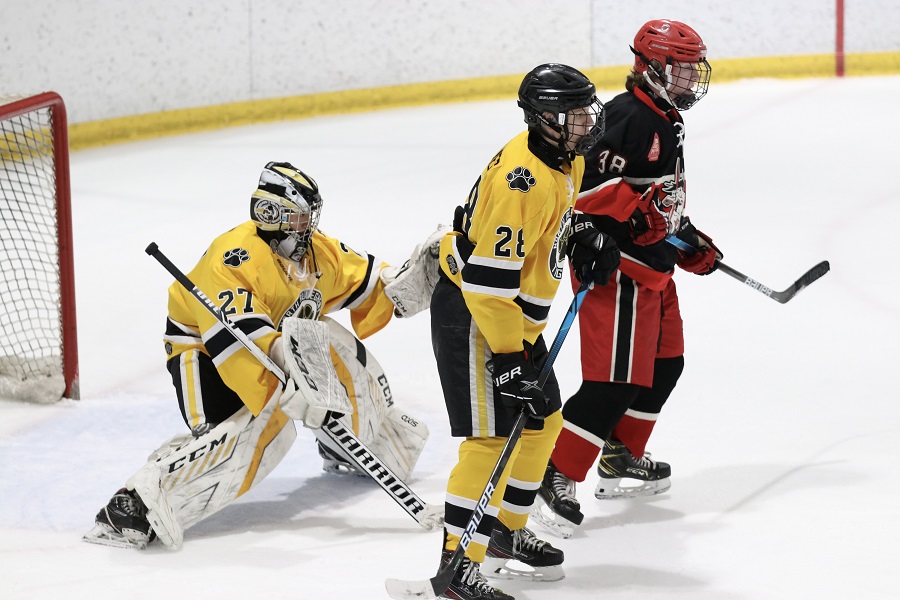 The battle of the top two teams in AAA was action-packed from the Baierl Ice Complex Monday night, as Peters Township handed North Allegheny just the second regulation loss this season, 6-3.

The Indians dictated the pace early in the contest, as freshman William Tomko found the back of the net just 91 seconds into the first period on a 2-on-1 rush into the offensive zone. Peters Township added another Tomko goal and a power play marker from captain Cooper Slavin to take an early 3-0 lead. North Allegheny cracked the scoreboard about half way through the frame on a top-shelf wrist shot goal by junior Nate Spak, assisted by his linemates Connor Chi and Matt Irvin.

The Tigers struck again early in the second period, as senior Luke Washabaugh buried an even strength goal on a rush into the offensive zone set up by Spak and senior Cole Jackman. The Indians increased their lead in the final minute of the period with tic-tac-toe passing between Austin Malley and Ben Kovac, setting up Tomko with a hat trick goal to make it 4-2. NA earned a power play with less than 30 second left in the frame and capitalized with just a second left on the clock on a shot from Chi, assisted by junior Trey Gallo and Irvin.

Both teams went back in the third period as both sophomore Andrew Long and junior Nolan Hilbert buckled down making stops between the pipes. With about three minutes left, Ryder Mertens gave Peters Township a two-goal lead on a shot assisted by Slavin. The Indians tacked on an empty netter from Ben Kovac late to secure the 6-3 victory.

Spak was named Wright Automotive Player of the Game for his two-point night.

With the loss, North Allegheny falls to 13-2-1 on the season and still sits in first place AAA with 27 points.  Peters Township gained some ground on NA with the win, sitting in 2nd place with 23 points and just four games left in the regular season.

The Tigers are back in action Monday night from the Baierl Ice Complex with a home matchup against Bethel Park. That game can be heard on the North Allegheny Sports Network.