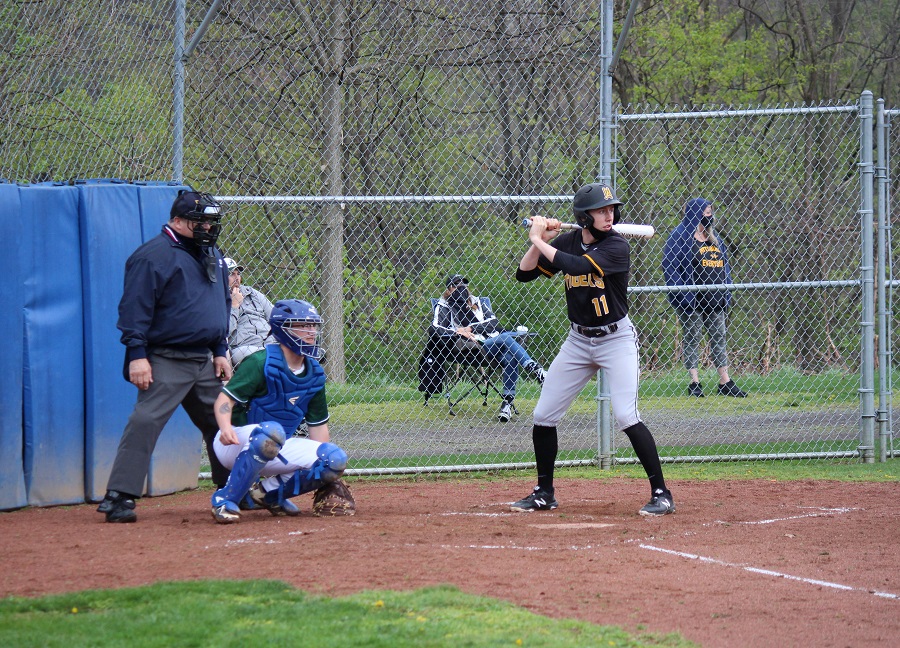 North Allegheny used an eight-run first inning and a 10-run fourth to blow out the Allderdice Dragons on Monday afternoon, 19-2 in four innings. Every member of the NA starting lineup either drove in a run or scored a run for an easy road win in Section 1-6A action.

Junior Cole Young hit a three-run homer in the first inning to open the scoring and the rout was on. In the fourth inning, sophomore Spencer Barnett clubbed a two-run home run and junior Aaron Galaska stroked a three-run long ball to finish off the Dragons. Galaska finished with four RBIs on the day, while senior Ethan Gavlik added a three-hit performance with three RBI and two runs scored.

The run support was more than enough for starting pitcher Brady Palmer, who earned a four-inning complete game victory. The right-hander struck out five and allowed only two runs to improve to 2-0 on the season.

With the win, North Allegheny leaps to 5-1 overall and 2-1 in Section 1-6A. Allderdice falls to 0-4 overall and 0-3 in section play. The Tigers and Dragons will meet again on Tuesday afternoon at NASH at 4:00 p.m.