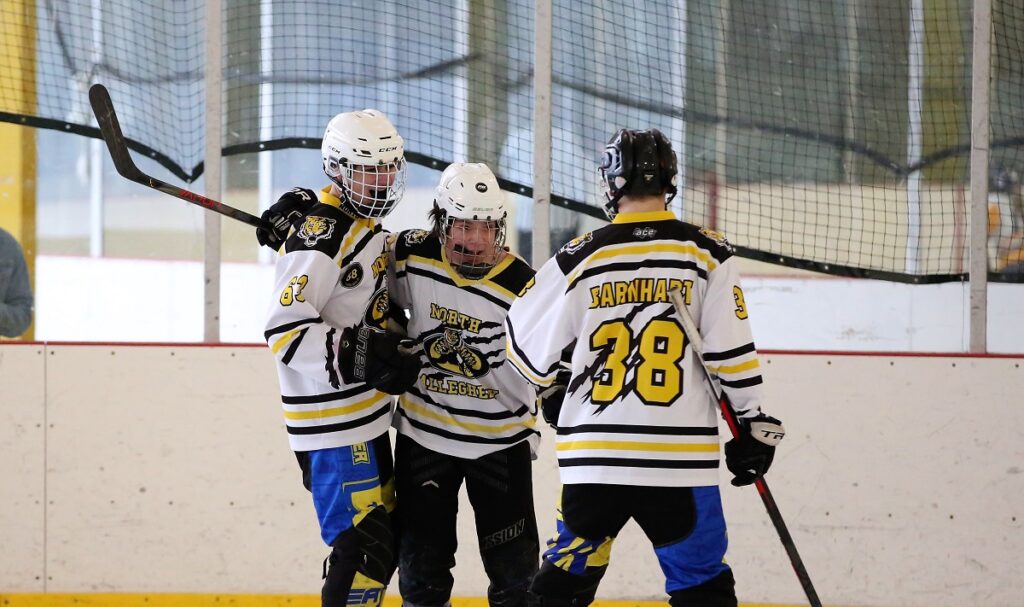 The North Allegheny Tigers concluded the regular season schedule with a victory over the Pine Richland Rams by a score of 4-3.

The first period saw both teams notching two goals each with the Rams scoring shortly after the opening faceoff.  The Tigers regrouped with a goal of their own by junior Brett Baker, assisted by senior Robby Kushon.  The Rams found the back of the net once again as did the Tigers with a goal by junior Evan Barnhart, assisted by Baker, tying the score at 2-2.

In the second period, the Tigers continued their scoring with two additional goals, one by sophomore Aiden Noffsinger, assisted by Barnhart and a second goal for the period by sophomore Jacob Rice with an assist by senior Isaac Dan. The Tigers ended the period with a 4-2 lead.

The third period was a defensive battle with the Rams managing one final goal for the game.

With the 4-3 victory, the Tigers improve their record to 16-1. Sophomore goalie Mitchell Ludwick earns the win.  Post season play will begin on Sunday, February 27.