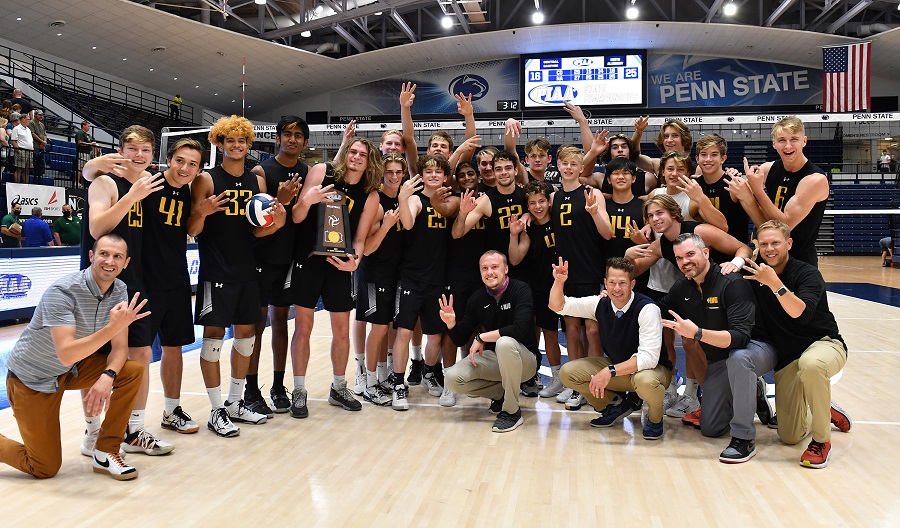 Central Dauphin was appearing in the state championship for the first time since 2009 and vying for its second PIAA title. The Rams traded points with the Tigers in the opening set but fell behind 24-21 because of the consistent serves of junior Titus LaMay. Despite the deficit, the Rams put together a spirited rally and won the first set, 29-27. Senior Logan Tinsley sealed the victory with a set-ending ace and provided four kills in the set for the Rams. Junior Tyler McConnell added five kills in game one to help spearhead CD’s attack.

Set two was tied 6-6 before a 4-0 run helped NA seize control. A Timmy Ditka kill, back-to-back points from Garrett Hrvoich and a CD error allowed the Tigers to surge ahead, 10-6. From there, North Allegheny led the rest of the way and coasted to a 25-15 win.

The Tigers continued to ride the wave of momentum into set three and dominated. Leading 7-6, NA pulled away with a 6-0 run and rolled to a 25-14 triumph. Junior Cole Dorn provided timely big swings with three kills and a block in the set and finished with six kills on the afternoon.

Tied 9-9 in the fourth set, the dynamic serves of LaMay sparked a 4-0 run for a 13-9 lead. With the Tigers back on top, the rest of the set belonged to NA en route to a 25-16 win. Senior David Sanfillipo led the way with six kills in the set on his to a team-leading 12 kills and seven blocks on the day.

North Allegheny caps the season with a perfect 19-0 record and extends its winning streak to 65 in a row. Since the 2017-2018 school year, the NA boys’ and girls’ volleyball teams have combined for an astonishing record of 153-1 with seven PIAA titles and six WPIAL crowns in that span.