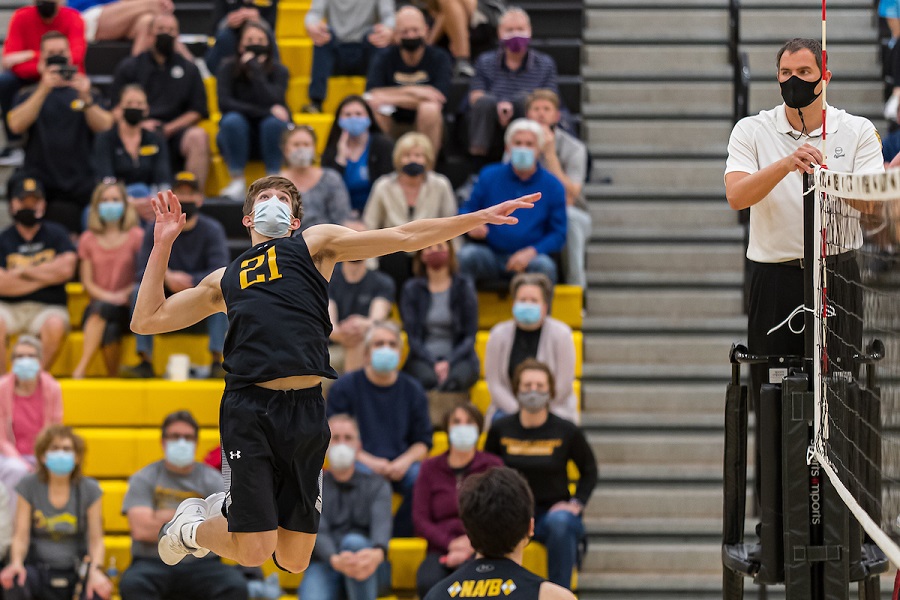 The three-time reigning PIAA champions opened the 2022 season on Saturday and won the title at the NA Invitational. The Tigers went a perfect 6-0 in pool play and won two crossover games against Penn-Trafford and Manheim Central before sweeping their way to the title in the tournament playoffs. NA defeated Ambridge, 25-10, in the tournament quarterfinals and topped Seton LaSalle, 2-0 (21-9, 21-10) in the semifinals. In the championship, the Tigers vanquished the Montour Spartans, 2-0 (21-11, 21-10). For a more in depth look at the tournament results, click here.

All-state setter and 2021 Co-MVP of the WPIAL, Caleb Schall, facilitated the offense with 82 assists and added 17 kills and 15 digs. Schall contributed a team-best 12 aces, followed by LaMay and Dorn with 11 aces each. Senior setter Jack Koch added 34 assists and six digs. On defense, senior Ryan Treser notched a team-best 45 digs.

Following North Allegheny’s championship at the NA Invitational, the Tigers will start section play on Tuesday at 7:00 p.m. against the North Hills Indians. The contest will be broadcast live by the North Allegheny Sports Network.