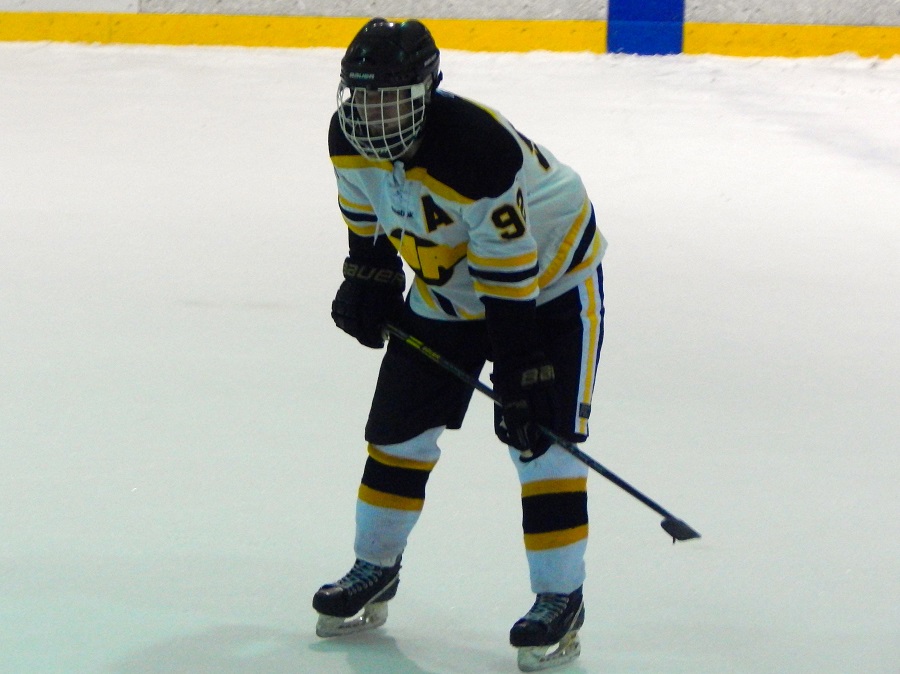 Tigers Edge Raiders In Battle For Top Spot In Section 2

In a battle for first place in Section 2-AAA, the North Allegheny Ice Hockey Team edged the Seneca Valley Raiders on Tuesday night, 2-1. Playing in a building that both teams call home, it was North Allegheny who wore the home jerseys at the BladeRunners in Warrendale.  On “home ice,” Tiger goalie Bradford Thornburgh got the start in net and stopped 28 of 29 shots as the senior stonewalled the Raiders for the win.

After a scoreless first period, North Allegheny needed just 18 seconds of the second period to grab a 1-0 lead.  On a feed from Joseph Zappia, freshman Cameron Fisher beat SV goalie Tanner Pfeffer to put North Allegheny ahead. At the 3:10 mark of the period, Dominic Zangaro tallied a goal, his sixth of the season, to push NA’s lead to 2-0. The Tigers maintained that advantage until Andrew Gagnon scored the Raiders first and only goal of the night with 1:05 remaining in the third period. Seneca Valley’s last gasp wouldn’t be enough as Thornburgh and the Tigers held on for the one-goal victory.

The win gives North Allegheny a record of 6-2-1 and 13 points atop the section.  The second-place Raiders are now 5-4-0 with 10 points in the section. The Tigers visit Norwin on Friday night with the opening face-off scheduled for 6:15 pm.