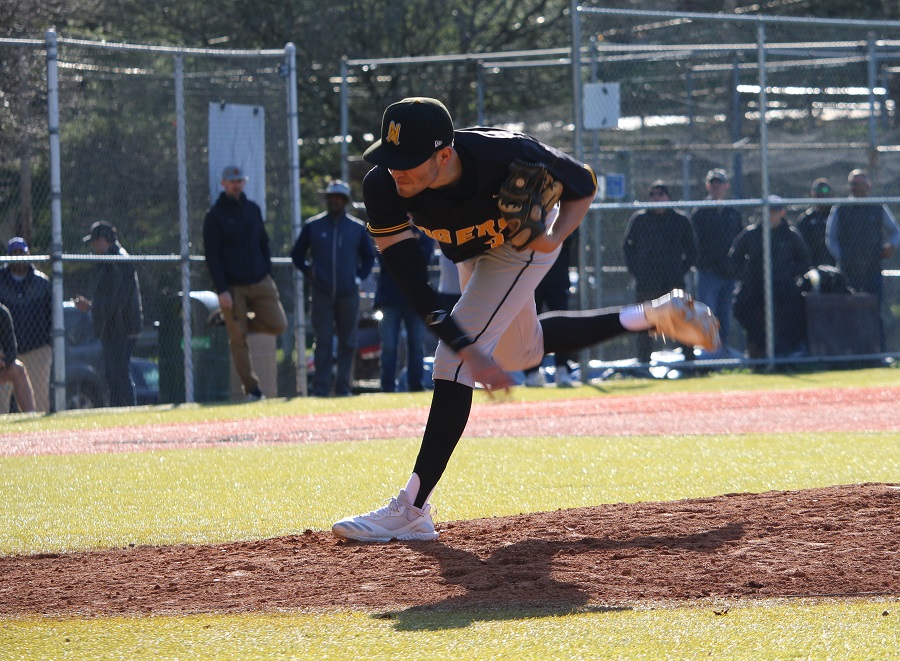 Jack Smith’s RBI single in the bottom of the fifth inning lifted Mt. Lebanon to a 2-1 victory over North Allegheny in a non-section game on Thursday afternoon in the South Hills. In a well-pitched game by both teams, the Blue Devils managed just enough offense to snap the Tigers’ three-game winning streak and extend ML’s win streak to three in a row.

Mt. Lebanon scored the game’s first run in the third inning on a North Allegheny error before the Tigers tied the game at 1-1 in the top of the fifth courtesy of a fielder’s choice RBI by Harron Lee that scored Liam Woodworth. That set the stage for Smith’s game-winning base hit in the bottom of the fifth.

Following the loss, North Allegheny falls to 5-2 overall. Mt. Lebanon, who sits in first place in Section 2-6A, jumps to 6-5 overall. The Tigers return to section play next week with a home game against Central Catholic on Tuesday at 7:00 p.m. Weather permitting, the game will be broadcast live by the North Allegheny Sports Network.