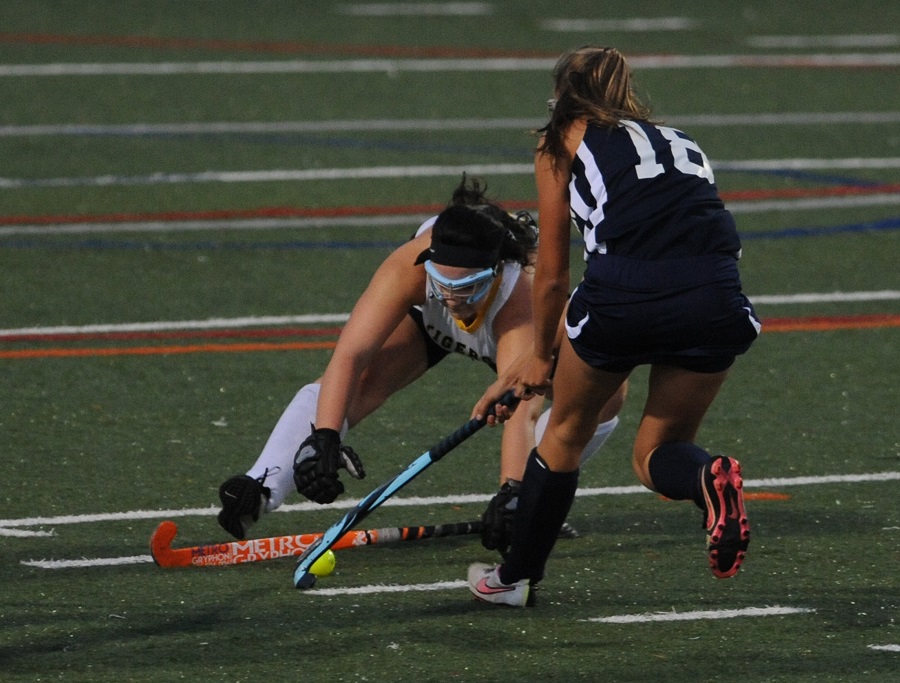 The North Allegheny Tigers remained undefeated on Thursday night by defeating Norwin 2-0 in a hard-fought battle.

Norwin started out strong for the first ten minutes with very good pressure but could not find the net.  Several shots went wide or were blocked from the Tigers defense.  The Tigers used a time out midway through the first half to regroup and the offense started to click. Angie Genter  and Gracie Limauro led the charge, along with Laura Schwendeman, but could not convert.  The Tigers received numerous penalty corners and had a goal nullified by Sam Marien on one of the chances.  Olivia Scherrer was turned away by Bailee Kelly with three minutes to go in the first half but on the seventh penalty corner Scherrer was able to score by taking a nice pass from Bridget Russell to make the score 1-0 at half.

The second half started the same as the first half with the Knights pressuring but good defensive work was provided from Kayley Cooper and Marien to keep the Knights off the board.  With just under 24 minutes left Scherrer scored her second goal of the night with a nice assist from Limauro.  Norwin would have a final push in them collecting four shots on goal within two minutes but goalie Emma Jorgensen made some key saves to preserve the shutout.  The Wright Automotive player of the game went to Kayley Cooper for her outstanding defensive play on the night.

North Allegheny improves to 5-0 overall and 2-0 in Section 1-AAA. Norwin falls to 0-2 in the section. The Tigers next game will be against Hempfield at home on Tuesday night.