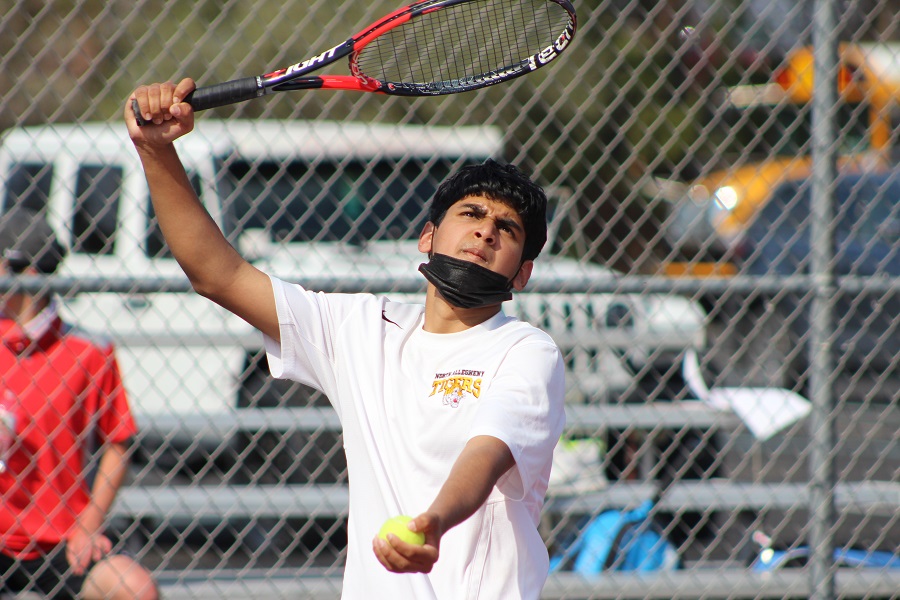 The 4th seeded Tigers hosted the 5th seeded Mt. Lebanon Blue Devils Thursday afternoon on the NASH courts in the quarterfinal round of the WPIAL AAA Boys Tennis Championship.  A strong effort by the Tigers wasn’t enough, and their 12 match winning streak and playoff hopes were dashed by a close 3-2 decision. Mt. Lebanon took the number one singles match along with both doubles contests, while the Tigers found the victory column at 2nd and 3rd singles.

With the loss, the Tigers completed their season with a 12-2 record, a Section 2 championship and a quarterfinal appearance in WPIAL team play.  They also had the Section 2 winners in both singles and doubles.  With team play ended, the Tigers will now be represented at the PIAA AAA Doubles Championship in Hershey by senior Chase Davidson and junior Shomik Telang during the Memorial Day weekend.  The North Allegheny Sports Network will provide scores and updates from Hershey.