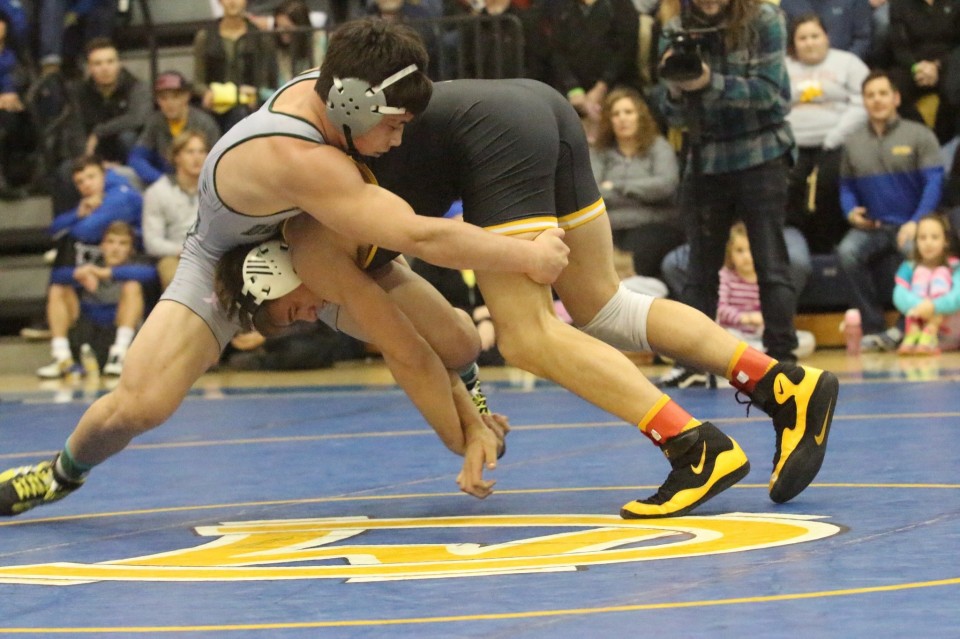 After a pair of thrilling wins on Wednesday night to begin the WPIAL team tournament, the North Allegheny wrestling team couldn’t find that same magic on Saturday afternoon as the Tigers dropped a 54-12 decision to eventual champion Belle Vernon in the semifinals. North Allegheny’s hopes for a PIAA tournament berth were thwarted in the third-place consolations with a 43-21 setback to Kiski Area.

In the semifinals, the Tigers began the dual meet with a 9-0 lead thanks to a 7-5 decision by Jake Woodley (182) over Milton Kobaly and a win by fall courtesy of Francis Duggan (195) over Hunter Ferrara. Unfortunately, the Tigers would go on to win just one more bout in a 54-12 defeat to Belle Vernon.

Moving on to the third-place consolation, the Tigers still had a chance to reach the PIAA team tournament for the fifth consecutive season but Kiski Area dashed that hope by building a 35-3 lead en route to a 43-21 victory. Despite the loss, NA grapplers Jake Hinkson (138), A.J. Boeh (145), Sean Hoover (160) and Duggan (195) all picked wins by decision against Kiski. Woodley picked up a win by forfeit at 182 pounds.

North Allegheny concludes the team portion of the season with an 8-8 overall record. The NA wrestlers will take the mat again for the Section 3-AAA individual wrestling tournament on Saturday, February 27.