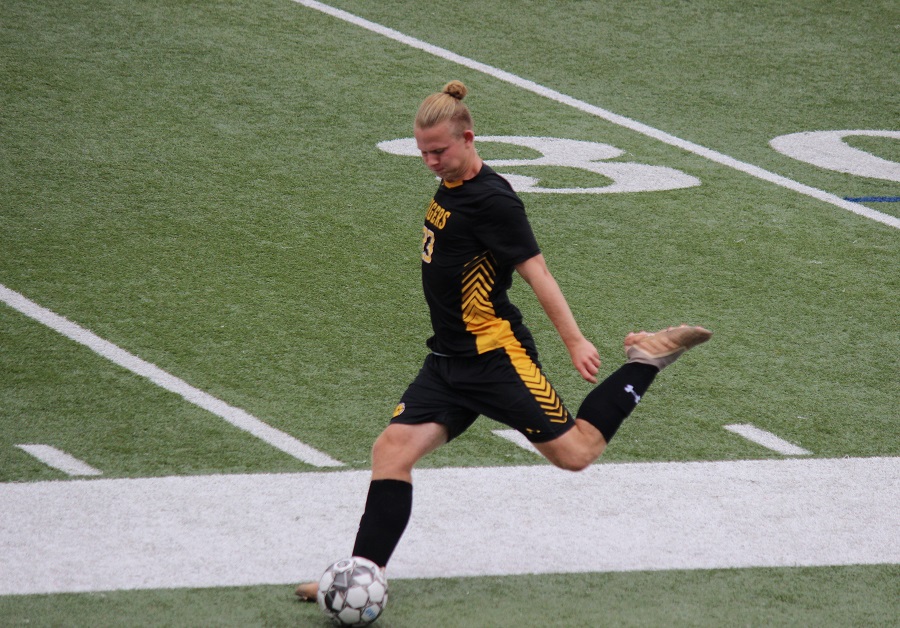 The North Allegheny Boys Soccer team hosted the Fox Chapel Foxes on Saturday at Newman Stadium. The Tigers dropped a 4-0 decision to the Foxes in Section 1-AAAA action.

The two team teams played evenly on possession time through the first 20 minutes of the first half.  Consecutive breakaway opportunities by junior forwards Phillip Iozzi and Kensley Owens both sailed high above the cross bar.  At 14:15 remaining of the half, Fox Chapel got would stand as the game winning goal by a header from senior forward Luca Fonteccio. Solid defensive play by senior defender Johnathan Ross and saves by goalkeeper Johnathan Partridge kept the score at 1-0 at the half.

The second half saw Fox Chapel take command in shots and time of possession, getting their second goal with 32:24 remaining from sophomore forward Eli Yofan.  Shortly after the Tigers had another of few scoring opportunities when Iozzi delivered a well-placed cross in tight to senior midfielder Justin Mericle, however his jumping volley sailed high above the crossbar.  Two goals from the Foxes, one each by junior defender Ethan Flanders and junior defender Jack Nury, closed out the 4-0 Fox Chapel victory.

The Tigers, who fall to 4-3 overall, 2-3 in the section, will travel to Shaler on Tuesday for another section match.