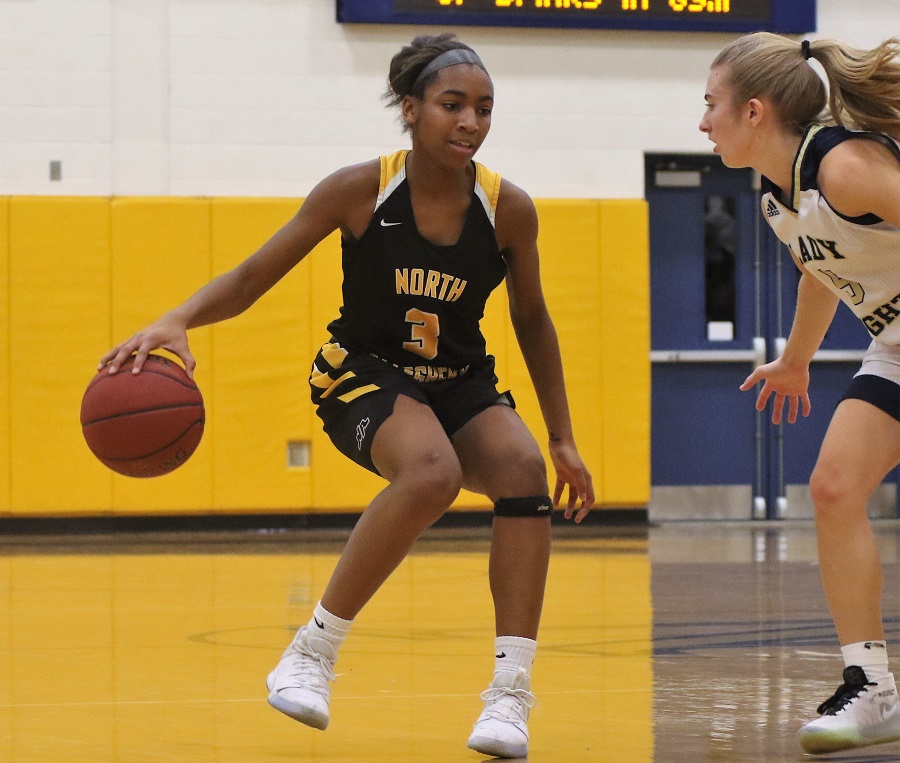 In a battle of 3-0 teams in Section 1-6A, it was the Lady Knights of Norwin who were able to stay undefeated in the section by defeating North Allegheny, 63-55, on Thursday night. The Lady Knights used great ball movement, timely shooting and phenomonal defense en route to the win.

North Allegheny jumped out to the early lead when Lizzy Groetsch got a basket-and-one six seconds in, but Norwin scored the next 11 points and developed hot shooting from beyond the arc, ending the first quarter with a 21-16 lead. The second quarter was more of the same as the Lady Knights continued to light it up from behind the arc and went into the half with a 40-30 lead. Norwin hit eight of their eleven three-pointers in the first half.

The third quarter was very defensive for both teams as neither could get to double figures in the quarter. Norwin outscored North Allegheny 9-8 in the quarter and had an eleven-point lead heading into the fourth quarter.

In the fourth quarter, North Allegheny made multiple pushes at the Norwin lead. NA cut the deficit to four points early in the fourth and then three points with a minute remaining but ultimately could never get the game even and Norwin won the game, 63-55.

Groetsch led all scorers with 21 points for North Allegheny. Paige Morningstar added 10 points as well. Sophomore Emma Fischer connected for some big 3-pointers in the second half to aid NA’s comeback bid and finished with eight points.

The loss snaps North Allegheny’s six-game win streak to start the season and drops them to 6-1 overall and 3-1 in Section 1-6A. The Tigers will look to bounce back with another section game on Monday when they take on Pine-Richland at home at 6:30 pm.