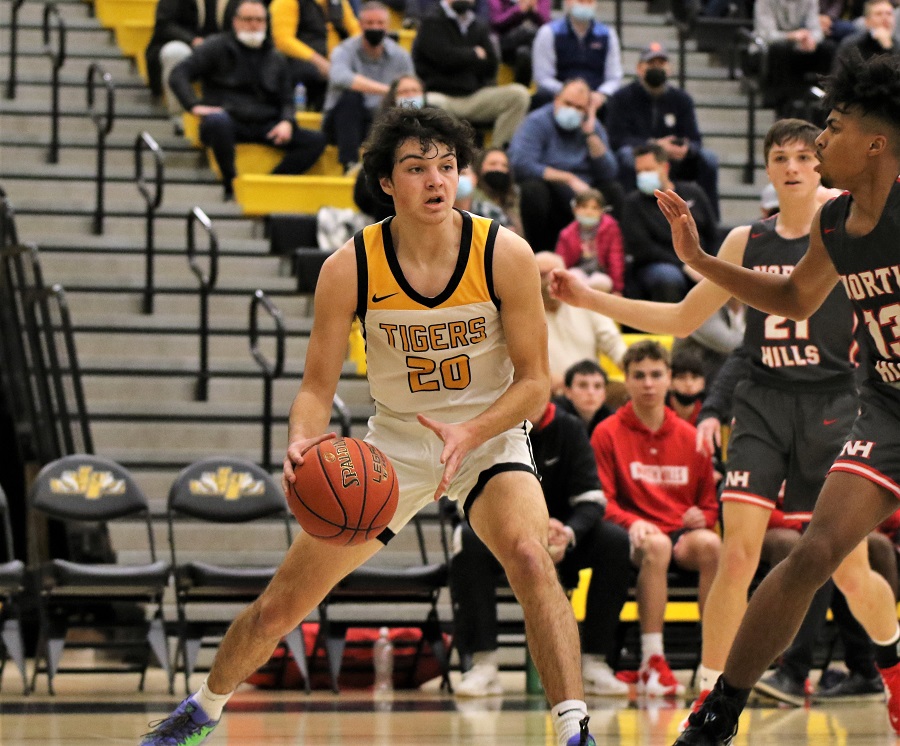 North Allegheny had the lead most of the night but weren’t able to fend off the Seneca Valley rally late as the Raiders upended the Tigers 63-61 on Tuesday night at UPMC Court at North Allegheny High School.

Seneca Valley was firing on all cylinders in the first quarter, hitting plenty of shots from the behind the arc and held a 16-12 lead at the end of one period. The Tigers flipped the switch in the second quarter as the Raiders started to miss some open shots and North Allegheny’s defense got going. As a result of the defensive success, the Tigers were able to get in transition and score quickly. The Tigers outscored Seneca Valley, 18-9, in the period and took a 30-25 lead heading into the half.

North Allegheny continued to battle but every time they were able to get the lead to seven, Seneca Valley had the answer, none bigger than with North Allegheny up 41-35 with under a minute to go. The Raiders were able to score, steal the in bounds pass and score again to finish the quarter and only trailed the Tigers, 41-39. Heading into the fourth, Seneca Valley had all the momentum.

The Raiders picked up right where they left off to begin the fourth but the lead continued to change hands throughout. With 50 seconds left, trailing 61-60, Matt McDonough hit a huge 3-point field goal to put the Tigers up 61-60. The Raiders called a timeout with 37 seconds left. Coming out of the timeout, the Raiders ran the clock down to six seconds when they found Connor Oros in the corner for a 3-pointer to give Seneca Valley a 63-61 lead. The Tigers went for three and the win but it didn’t fall and Seneca Valley escaped with a 63-61 victory.

Robby Jones was the Wright Automotive Player of the Game with 15 points and three 3-pointers. McDonough finished with 18 points and Kolin Dinkins had seven points. Oros led the Raiders with 13 points on the evening.

North Allegheny falls to 8-3 overall and 2-3 in Section 1-6A. Seneca Valley improves to 4-6 overall and 1-4 in the section. Up next for North Allegheny will be the short trip to Pine-Richland where they will take on the Rams Friday night. The Tigers won the first matchup this season 74-70 in overtime.