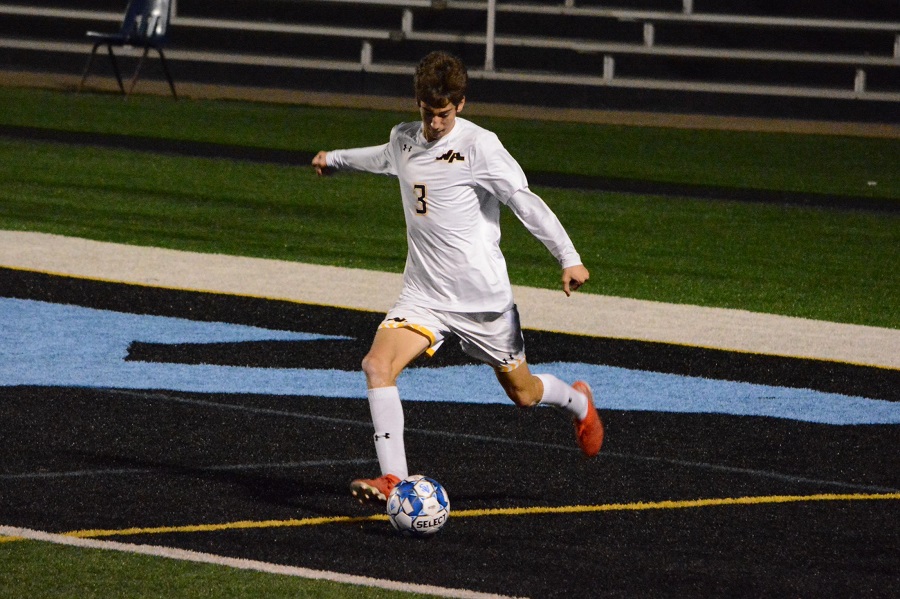 North Allegheny’s six-game winning streak was snapped on Monday night by the Seneca Valley Raiders with a 5-0 road loss in Section 1-AAAA action. Despite the loss, the Tigers have still won eight of their last 10 games with the only defeats in that span to the reigning PIAA champions.

Seneca Valley came out strong with four goals in the first half to take control of the game. Senior forward Nathan Prex led the Raiders attack with a hat trick. Also scoring goals for Seneca Valley were Joey Coon and Will Bruno.

North Allegheny falls to 10-4 overall and 7-4 in Section 1-AAAA. Seneca Valley remains undefeated with a 13-0-1 overall record and a 10-0-1 mark in the section. The Tigers look to bounce back on Wednesday against the North Hills Indians. The game will be broadcast live by the North Allegheny Sports Network.