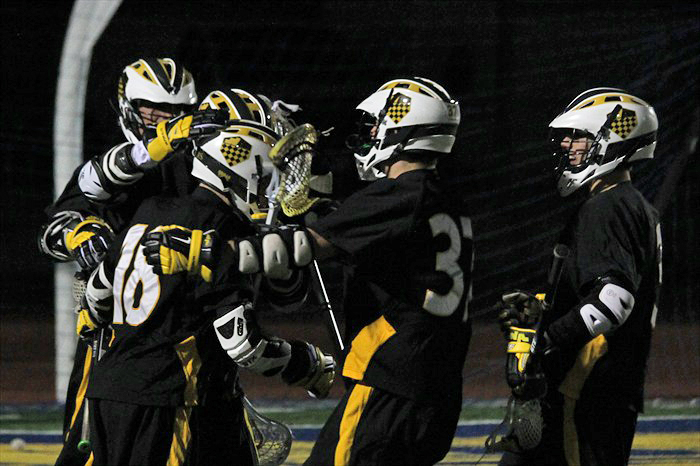 Six second half goals, including three straight by Alec McGovern, helped North Allegheny to an 8-4 win over Bethel Park on Friday night.  The game was a rematch of last year’s WPIAL Division 1 quarterfinals which ended with the same result, an NA victory.

Bethel Park held a 3-2 lead at the half before a second half outburst gave the Tigers control of the game. Zech Nachazel opened the third quarter with a goal to tie the score at 3-3 with 9:04 remaining in the period.

On his way to a four goal night, McGovern tallied three straight markers to give NA command of the contest and a 6-3 lead.  The last of McGovern’s goals tickled the back of the net with 8:33 to play in the fourth quarter. Will Petraglia and Stephen Kelleher netted goals in the fourth to balloon the NA lead to 8-3 with 2:40 to play.  Bethel Park capped the scoring with 1:45 remaining to bring the final score to 8-4, Tigers.

North Allegheny improves to 9-5 overall with the non-section win. Bethel Park slips to 7-7 on the campaign.  The Tigers visit Central Catholic this afternoon at 1:00 pm.